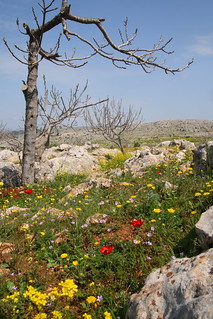 I grew up in a Jewish Family. We rarely went to synagogue and didn't celebrate Jewish holidays, unless you count Hanukkah, which, although not one of the major Jewish holidays, had become Jewish Americans' answer to Christmas, a time for exchanging gifts and eating latkes (also known as potato pancakes.) As an adult, I generally don't consider myself Jewish. I don't observe any Jewish holidays and I don't believe in a god.

Last week, one of my own Senators, Charles Schumer, expressed reluctance to admit Syrian refugees into our country. Senator Schumer is Jewish. When I learned of his position, I thought "How can he say we shouldn't give shelter to these people who desperately need a safe place to live? Does he not remember the history of his own people? Has he forgotten how hated and feared the Jews were when they were trying to escape Nazi Germany?"

I saw a growing number of comparisons made between the two situations, including statistics showing that a majority of Americans in 1939 wanted to keep Jews out of the United States. I started to realize that this had begun to feel personal. I am a Jew. I may not live by traditional Jewish rules or celebrate Jewish holidays, but I was born into a Jewish family. I remember stories my grandmother told me when I was a child. She described stores in New York City that displayed Help Wanted signs in their windows that said "Jews need not apply."

There is one difference worth noting that exists between the plight of Jews during Hitler's reign and Muslims now seeking refuge from ISIS. During the Third Reich, the German people were not being terrorized by a group of Jews. In the case of Syrian refugees, the fact that the members of ISIS are, in their own minds, Muslim, seems to make some Americans feel that they have a solid argument for keeping all Muslims out of this country.

I saw Islamophobia coming on September 11, 2001. I don't think I had ever heard the word "Islamophobia," but I remember thinking, "The hate in this country will now be focused less on black people and re-directed toward Muslim people." Hatred and fear of black people in the U.S. is still going strong, but the hatred and fear of Muslim people has certainly grown since 9/11.

For many people, religion provides a sense of community, comfort during difficult times, and other positive things of which I'm probably not even aware. But we cannot allow our religious beliefs, or lack thereof, to divide us or breed hatred toward others whose beliefs differ from our own.

This country was founded by people who were fleeing religious persecution. We must continue the tradition of welcoming people of all religions. Being Muslim does not equate to being a member of ISIS. Fear ISIS if you will; that group is murdering people. A lot of people. But Muslims? They are simply practicing their religion.

Robin Menikoff is a writer, editor and political activist. She lives in New York City, and you can find her on Twitter at robinmenikoff.