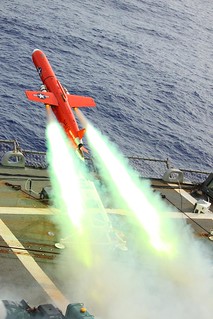 
The polls show it and commentators of all political stripes often cite the figures: Killer drone attacks by the U.S. military and the CIA in the Greater Middle East and Africa have strong U.S. public support. According to the Pew Research Center's most recent poll in May, 58 percent -- up slightly from 56 percent in February 2013 -- approve of "missile strikes from drones to target extremists in such countries as Pakistan, Yemen and Somalia." The numbers of Americans disapproving of drone attacks actually increased from 26 percent to 35 percent over that two-year period -- a hopeful sign, but still very much a minority view.

But how well informed can U.S. citizens be on this subject when the major news media time and again ignore or under-report drone-strike stories -- as we have discussed here and here in recent weeks? Stories -- such as The Intercept's October series based on a trove of classified materials provided by a national security whistleblower -- that would likely raise serious questions about the drone program in many more Americans' minds if they were actually given the information?

And now, in the latest example of journalistic negligence, The New York Times,Washington Post and other mainstream news organizations in late November continued their apparent policy of no-bad-news-reporting-about-drones.

This time, the major media chose to ignore four former Air Force drone-war personnel who went public with an open letter to President Obama. The letter urged the President to reconsider a program that killed "innocent civilians," and which "only fueled the feelings of hatred that ignited terrorism and groups like ISIS, while also serving as a fundamental recruiting tool [for extremists] similar to Guantanamo Bay."

In strong, dramatic language, the four men -- in the letter and subsequent press appearances -- challenged the official Obama White House/Pentagon/CIA public view that civilians are rarely killed by drones, and that drones make Americans safer and are helping defeat terrorists. Rather, they said that the U.S. drone war plays right into the hands of ISIS and other extremist groups by terrorizing local populations and killing innocent civilians, resulting in heightened anti-U.S. feeling and more recruits for ISIS.

Now it's not every day that four former drone operators go public with their anguish-filled stories of the drone program killing innocent people and creating blowback against the United States.

In fact, there has not been any day like that. Until now, that has never happened. You would think that this would meet some textbook definition of news -- something new, uncommon, dramatic and consequential. When President Obama or a proven liar about the drone program, CIA Director John Brennan, propagandize about drones and how wonderful and precise and well-nigh infallible they are in crushing extremists, not killing civilians and making us safe -- that is what the mainstream media dutifully reports as news. But when four drone whistleblowers -- who sat at the very heart of the system guiding Hellfire missiles from Predator drones to human targets in Afghanistan and Iraq -- come forward to undermine that tidy little story, those same news outlets turn their collective back.

Voicing such sharp criticism of a top-secret program with which they were all involved is an especially risky move given that the Obama administration has shown itself to be the most anti-whistleblower administration ever. Obama's Justice Department has prosecuted more than twice as many whistleblowers under the Espionage Act as all previous presidents combined since the passage of the law in 1917.

The letter to Obama, also addressed to Defense Secretary Ashton B. Carter and CIA Director Brennan, said that the Bush and Obama administrations "have built a drone program that is one of the most devastating driving forces for terrorism and destabilization around the world." They expressed guilt, and are experiencing PTSD, as a result of "our roles in facilitating this systematic loss of innocent life."

In a pointed reference to the Obama administration's statements in support of the drone program, the letter stated: "We witnessed gross waste, mismanagement, abuses of power, and our country's leaders lying publicly about the effectiveness of the drone program."

And, drawing a link between the recent Paris attacks and drone killings creating more terrorists and blowback, the whistleblowers added: "We cannot sit silently by and witness tragedies like the attacks in Paris, knowing the devastating effects the drone program has overseas and at home. Such silence would violate the very oaths we took to support and defend the Constitution."

These former Air Force personnel -- three former Predator sensor operators (Staff Sergeant Brandon Bryant, Senior Airman Stephen Lewis and Senior Airman Michael Haas), and one former drone program infrastructure technician (Senior Airman Cian Westmoreland) -- had a combined 20-plus years of remotely operating drone strikes in Afghanistan and Iraq from Creech Air Force Base, Nevada. All had Afghanistan drone experience, and all but Westmoreland also had Iraq experience. This gave them special, first-hand insight into a program whose operators, in Haas's words, viewed targeted human beings as "ants"just black blobs on a screen" and considered children who came into view on their screens as "fun-sized terrorists."

Haas and other whistleblowers expanded on the points in their letter in an interview with Guardian reporters, which resulted in two eye-opening articles by Ed Pilkington and Ewen MacAskill. This was followed by a lengthy appearance on Democracy Now! and a news conference in connection with the premiere in New York of a new documentary, "Drone," in which two of the whistleblowers (Bryant and Haas) make appearances. Agence France-Presse (AFP), Reuters and Newsweek all carried stories, as did The Intercept, Shadowproof and other online news sites.

Did you read about any of that whistleblower criticism in The New York Times or The Washington Post, or see a segment about it on television news? No, you did not. If you know about it at all, it's probably because of The Guardian, Democracy Now!, and online political and progressive blogs and websites.

John Hanrahan, currently on the editorial board of ExposeFacts, is a former executive director of The Fund for Investigative Journalism and reporter for"ŻThe Washington Post,"ŻThe Washington Star, UPI and other news organizations. He also has (more...)
Related Topic(s): Media; Media Blackout; News Blackout; Predator Drone; Whistleblowers-ing, Add Tags
Add to My Group(s)
Go To Commenting
The views expressed herein are the sole responsibility of the author and do not necessarily reflect those of this website or its editors.

As in Libya, Avaaz Campaigns for Syria No-Fly Zone That Even Top Generals Oppose