Keith Ellison is right to warn Democrats that a battle in one state has nationwide implications. 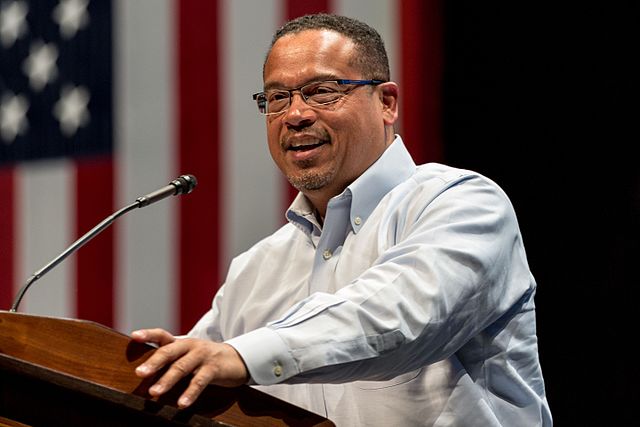 There is, unfortunately, nothing new about the assault on democracy that is playing out in North Carolina. But Democrats need to make a new commitment to defending democracy -- and Congressman Keith Ellison is giving voice to that commitment.

Promising an all-out fight against efforts by North Carolina Republicans to mangle the message of the 2016 election in their state -- by dramatically disempowering a newly elected Democratic governor -- the contender for the chairmanship of the Democratic National Committee is proposing to remake the Democratic Party as an aggressive force not just for big-"D" Democratic candidates but for small-"d" democratic renewal.

"You gotta be in the fight," declares Ellison, a Democratic congressman from Minnesota who currently serves as co-chair of the Congressional Progressive Caucus. "I will be."

Ellison recognizes that, while this fight may focus initially on North Carolina, it is a national struggle.

He also recognizes that this is an old fight. Meddling with the rules to undermine, weaken, and dismiss the will of the people is nothing new.

In the "Old South" of overt segregation and Jim Crow governance, politicians regularly changed the rules in order to assure that democracy would not become a burden to the existing order.

Poll taxes and literacy tests were imposed to deny African Americans, Latinos and poor whites the franchise. Along with official and semi-official threats of violence, these moves warped the politics of the region and the nation for generations.

Yet the voters sometimes broke with the old order -- or, at the least, threatened to do so.

When that happened, conniving partisans went to work: creating new voting systems, governing structures, and practices with an eye toward keeping control. They initiated runoff elections, which were timed to assure that Democratic primaries did not nominate reformers. They created primary- and general-election systems that gave rural counties what was effectively veto power over statewide results. And if all else failed, they rewrote election rules altogether -- as happened in Louisiana in the 1970s.

Related Topic(s): Democracy In Action; Democratic; Elections; Keith Ellison; Politics, Add Tags
Add to My Group(s)
Go To Commenting
The views expressed herein are the sole responsibility of the author and do not necessarily reflect those of this website or its editors.