The candidate for DNC chair is being criticized for taking positions that are perfectly consistent with the views of the majority of American Jews. 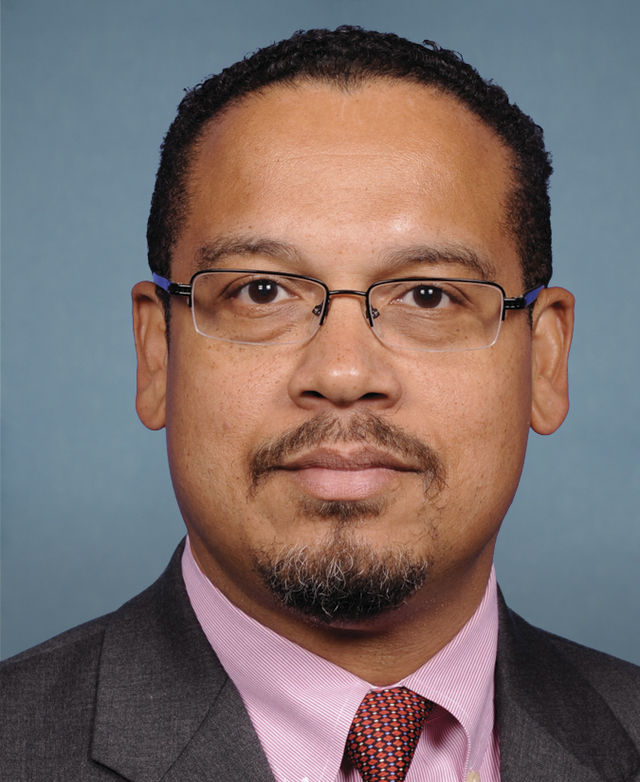 Minnesota Congressman Keith Ellison proposes to change how the Democratic National Committee operates, and his campaign for the chairmanship has unsettled a number of political and media insiders. That's understandable. Democrats who disagree with Ellison have every right to dissect and dissent from the Congressional Progressive Caucus co-chair's proposals to focus on grassroots organizing and recruitment of younger and more diverse candidates. They can even raise questions about whether a sitting member of Congress is the right choice to lead the party that has a lot of rebuilding to do.

But the suggestion that Ellison, a Muslim who has been in the forefront of efforts to promote international dialogue and understanding, is a divisive figure who would have trouble working with Jewish Democrats is as absurd as it is unsettling.

Ellison, who was an ally of the late Minnesota Senator Paul Wellstone, has as a state legislator, congressional candidate, and member of the US House worked across lines of religion, ethnicity, and race with an agility so great that in 2007 then-Secretary of State Condoleezza Rice and top State Department officials invited him to assist public diplomacy efforts in the Middle East. Yet The Washington Post is now suggesting that Ellison would be a "controversial" pick for DNC chair because of past statements and writings -- some from a quarter-century ago -- that critics suggest display insensitivity toward Israel or even anti-Semitism. After Ellison was criticized by the Anti-Defamation League, Politico wrote, "The ADL statement underscores the shadow of past controversial statements that have loomed over Ellison as he runs for DNC chair." And NBC's Chuck Todd asked, "Keith Ellison -- is his candidacy toast?"

Those who know Ellison reject the charges as political smears that are at dramatic odds with reality.

American Federation of Teachers president Randi Weingarten -- a firm supporter of Israel who supported Hillary Clinton for the Democratic presidential nomination when Ellison was backing Bernie Sanders -- defended the congressman, emphatically: "Keith Ellison is no anti-Semite and it is maddening when anyone who doesn't know him or his record makes that ugly accusation. Keith is an agent of change -- a fierce fighter for working folk and someone who understands that one has to both fight against bigotry and hate."

J Street, the "pro-Israel, pro-peace" group that has earned wide regard for its advocacy on behalf of diplomacy in the Middle East, joined the defense of Ellison.

Related Topic(s): DNC Chairman; Democratic; Israel; Keith Ellison; Muslim, Add Tags
Add to My Group(s)
Go To Commenting
The views expressed herein are the sole responsibility of the author and do not necessarily reflect those of this website or its editors.