In "Kasskara: Sunken Land of the Hopi Ancestors / The Ancestors that Came from the Sky (Part 1)", White Bear recounted details about Palataquapi, the ancient city in Chiapas, Mexico we call Palenque, including his description of an advanced school there. This institution taught the basics of life on Earth, such as how the divine spirit manifests into form, and the students were grounded in awareness that the physical form is a glorious yet usually imperfect reflection of the original divine essence. 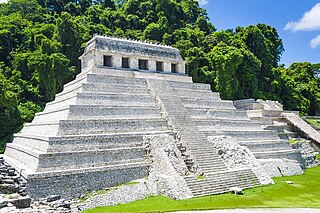 In the previous segment, White Bear explained the importance of the human voice, saying that the sound waves we produce affect the entire universe, not only those who immediately hear us, so our speech should be harmonious. "In that way, we praise the Creator," he said. White Bear described teachings that relate to everything concerning the heart in which we find the seat of our thoughts, saying that it is here that comprehension and compassion are so important. "The other essential aspect of our heart is its relation to the blood in our body. Blood has such an importance that man should never perform tests on it. The Creator prohibited all bad use of blood," White Bear emphasized. "The great danger of this bad use lies in the future, according to what we were told."

Describing an observatory at the building's highest level, White Bear said that students there studied the universe that surrounds us--the creation and the divine capacity. "The students were informed about all the characteristics and order of our planetary system, but not only what one can observe visually. They knew--and this is why we know it as well--that there is fine sand on the moon, that the earth is round and that there is no life on Venus, Mars or Jupiter. These are dead planets on which humankind cannot live," White Bear noted. "If your scientists had asked us, we could have told them they would find fine sand on the moon." He described one of the school's main goals:

"We learned that there exists a global plan of the Creator that the human being must follow. If he fails in following the plan, he is no longer a child of the divine force and must be disciplined. The law of the Creator seems to be very clear and simple, but it nevertheless seems very difficult for Man to obey. Everything that damages the human being and everything that disturbs the peace of men violates the law of the Creator. This reveals that the most serious crime is the destruction of the life of a human being. Nothing is worse.

We also got information concerning the Eighth World. This world exists, but nobody knows where it is. All human beings that die return there. It consists of two planets: one for good people, the other for malicious ones. At the end of the Seventh World, all good people of the Seventh and Eighth Worlds will go into the Ninth World, which does not exist yet. It will be created only at the appropriate time here on this earth. The Ninth World will never finish; it will be eternal."

According to White Bear, in the Ninth World there will be no more distinctions between races. "You will take my skin color or I will take yours; we do not know, but there will be no different races anymore. We will have meaningful work to do and everything will be marvelous. 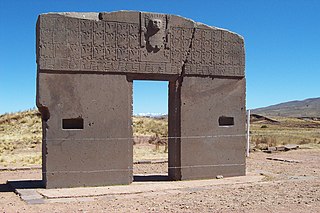 The building, throughout the construction in steps from the ground up to the last floor, represented the initiates' expanding knowledge--the process of ascending towards higher levels of the spirit and increasing comprehension of the miracles of our world. According to Hopi tradition, such a building also existed in Taotooma (Tiahuanaco). White Bear stated:

"The teaching was given by the Kachinas. The Creator was informed of our progress because he was in relation with the Kachinas by thought transmission. The Kachinas also decided who would be granted admission to this school because they designated these children before their births to such a life of education, devotion, and abnegation. This is why only the Kachinas were able to designate those who could achieve higher levels and finally reach the last floor of this university of life. Few of them achieved this goal. Those who reached that point were in perfect harmony with the divine Creator, and this is why I will call them 'great holy men'."

On this subject White Bear related a story about a man he knew named "Aapa", who belonged to his grandfather's clan, the Clan of the Badger. Aapa was one of the great visionaries of recent times, and while such men are sometimes called "medicine men", even by some Hopi, they are not medicine men but something else. "The events that I lived through with him, and the teachings he gave me were filled with mystery. Often he used his third eye," White Bear said, adding that Aapa had explained to him that a living person could pass from the physical side of one's life to the spiritual side:

"The border between the two [worlds] is hardly perceptible. All those who see with their third eye can cross it. Aapa also showed us how one can see the other side of the earth using the moon. He showed and taught us many things that you could not believe without seeing them yourself. He did these things in the presence of my parents, and as the oldest son, I could assist him. I could tell you more about it, but for somebody who did not himself live such experiments, it would be difficult to believe or understand. He still said to us that all this knowledge came from the fourth floor of the building in question and was transmitted to his ancestors through whom he obtained it.

All these men, who devote all their time to these important tasks, walking on a narrow path, are confronted with many dangers and temptations. But there have always existed men who achieved this high goal. Today such a man is called 'Naquala', meaning adviser or benefactor, and it shows his renunciation and devotion to his duties as a guide for his people. Such a man does not let himself divert from his path of truth."

To those who had achieved this goal, White Bear explained, the Kachinas granted the favor of immortality; they could leave our earth without being dead. He said that the phenomenon had existed in Taotooma (Tiahuanaco) and that "these people really left us in their human bodies towards a planetary system we do not know."

The Kachinas encouraged these spiritual scholars to learn as much as possible and succeed in reaching the deepest levels of insight. They always reminded these scholars that life always unfolded in front of them, yet they should never forget what they had learned in this University. The Kachinas also warned that one day in the future misfortunes would arrive, so they must do everything they can to remain close to the Divine source.

For centuries the people of Palatquapi had remained on the right path, and harmony prevailed, but eventually some clans started to leave and settle elsewhere. As the new colonies formed and people relocated, they had decreasing contact with the Kachinas, and the men who had reached the highest level of the University were sent as delegates to these new colonies. They used their third eye perception to select young people to whom they could successfully transmit their knowledge. But eventually too many colonies had lost contact with their guides and had abandoned the right path. Within the clans and also between them, disputes arose that resulted in the clans' separation. More and more people left Palatquapi for Central America and Yucatan where they built cities and created great civilizations.

Related Topic(s): American_History; Groups-Cultures; Harmony; History; History; History Ancient; History World; History and Religion; Hopi; Indigenous Cultures; (more...) Other Cultures; People; People; Society-Culture-People; Spiritual; Time; UFOs, Add Tags  (less...)
Add to My Group(s)
Go To Commenting
The views expressed herein are the sole responsibility of the author and do not necessarily reflect those of this website or its editors.

Kasskara: Sunken Land of the Hopi Ancestors/Migration to the North