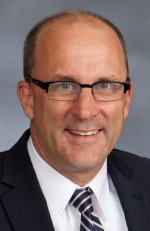 Duluth, Minnesota (OpEdNews) November 7, 2016: My favorite scholar is the American Jesuit polymath Walter J. Ong (1912-2003; Ph.D. in English, Harvard University, 1955). Over the years, I took five courses from him at Saint Louis University (SLU), the Jesuit university in St. Louis, Missouri, that was founded in 1818.

My thesis is that Ong is a deeply original philosopher and theologian, and one of the most original, to have emerged in Western culture thus far, most notably in the following four book-length studies:

(1) Ramus, Method, and the Decay of Dialogue: From the Art of Discourse to the Art of Reason (Harvard University Press, 1958), the main text of his slightly revised Harvard University doctoral dissertation in English about the history of formal logic and rhetoric in Western culture;

(2) The Presence of the Word: Some Prolegomena for Cultural and Religious History (Yale University Press, 1967), the expanded version of Ong's 1964 Terry Lectures at Yale University;

Before Ong entered the Jesuit order in 1935, he had been educated by Jesuits in high school and college, and he studied philosophy as an undergraduate at Rockhurst College (now Rockhurst University) in Kansas City, Missouri. As part of his lengthy Jesuit training, he did graduate studies in Thomistic philosophy and theology (in Latin) and also earned a Master's in English at SLU, before he later proceeded to Harvard University for his doctoral studies in English.

In general, Jesuits have been and still are exceptionally well educated. But their anti-Jesuit detractors coined the pejorative term "jesuitical" to call attention to their lawyer-like tendency to make fine distinctions.

Certain early Jesuits became famous as missionaries to distant places including India and China, but other Jesuits stayed in Europe and established Jesuit colleges there. In a comparatively short time, the Jesuits had established so many colleges that they felt that they needed to coordinate their curricular efforts. As a result, they compiled the document in Latin known as the Ratio Studiorum of 1599, translated into English by the American Jesuit classicist Claude Pavur as The Ratio Studiorum : The Official Plan for Jesuit Education (St. Louis: Institute of Jesuit Sources, 2005).

Ong, himself a Renaissance specialist, connects Jesuit education with Renaissance humanism in his 1967 encyclopedia article on "Humanism," which is reprinted in volume four of Ong's Faith and Contexts (Atlanta: Scholars Press, 1999, pages 69-92).

However, despite the ostensible successes of the Jesuits, Pope Clement XIV formally suppressed the Jesuit order in 1773. But later on, Pope Pius VII restored the order in 1814.

In John T. McGreevy's fast-paced and at times vividly written book American Jesuits and the World: How an Embattled Religious Order Made Modern Catholicism Global (Princeton University Press, 2016), the author focuses on the restoration period from 1814 to 1914, but without totally neglecting the rest of the twentieth century and the twenty-first century. As OEN readers know, Donald J. Trump, the Republican Party's 2016 presidential candidate, has difficulty staying on point. But McGreevy has no difficulty staying on point.

Related Topic(s): America; Catholic; Catholicism; Culture; Faith; God; History; History; Jesuits; Jesus; (more...) Loyola; Philosophy; Religion; SOUL; Spiritual; Spirituality; Theology, Add Tags  (less...)
Add to My Group(s)
Go To Commenting
The views expressed herein are the sole responsibility of the author and do not necessarily reflect those of this website or its editors.