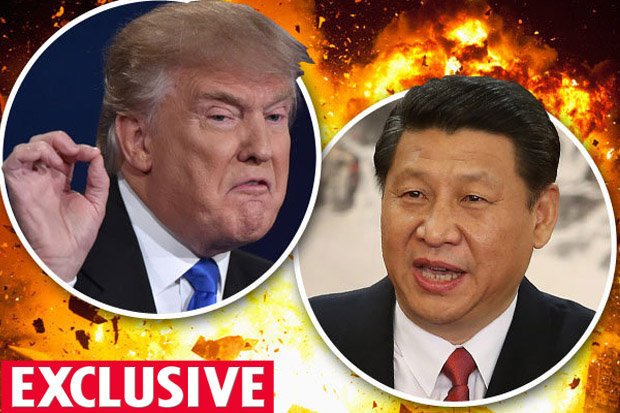 Years ago when I was staff associate, House Defense Appropriations Subcommittee, a tutorial was provided on the destructive power of the Soviet ICBM SS-18, known as Satan. Employing hyperbole, the lecturer said that one SS-18 on Washington would kill everyone from Boston to Atlanta.

The Russian response to the "usable" mini-nukes that the neoconservatives have been concocting over the last three warmonger presidential regimes is Satan II. One hit from Satan II takes out an area the size of France or Texas. Three or four hits and the East Coast of the United States disappears for all time. The same for Europe.

With weapons such as these, the crazed US presidential regimes that have raised tensions with Russia and China are reckless, irresponsible, and inhumane. These crazed American regimes represent a threat to the existence of planet Earth, which makes them the worst criminals in the history of humanity.

In The Coming War on China, John Pilger describes Washington's war plans against China. These plans are nonsensical, because China and Russia are now strategic allies, united by their opposition to Washington's hegemony.

If constant attacks on Trump by everyone else cause him to move into the welcoming militaristic neocon camp, the imbeciles who pushed him into that camp will have ended life on earth.

Hold your breath and pray. The working class elected Trump, but we do not know if we are going to have a government that acts in behalf of the working class. Before concluding that the rich people Trump has selected are going to act for the rich, remember that Osama bin Laden, a mega-millionaire, was a revolutionary.

Related Topic(s): Government Crime; John Pilger; Neoconservatives; War With China, Add Tags
Add to My Group(s)
Go To Commenting
The views expressed herein are the sole responsibility of the author and do not necessarily reflect those of this website or its editors.