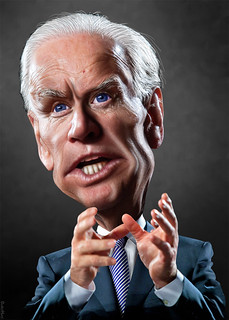 During a startling foreign policy announcement, Vice-President Joe Biden green-lighted Russia's building of military bases in Cuba and any other country near the U.S. which agrees to host their ABM radars and missiles, and nuclear launch platforms.

In a much-anticipated and widely-heralded foreign policy address at the Brookings Institute yesterday, Biden was quoted as saying: "We will not recognize any nation having a sphere of influence."

This comes as a welcome relief to Vladimir Putin and the Russian Duma, who feared that installing this type of hardware __ purely, of course, to guard against a nuclear attack on Russia by Haiti __ might offend America, and further strain relations between the two great powers.

Extending this new "broadmindedness" by the U.S. to the warmer relations between China and Canada also has profound implications. China and Canada have agreed to direct currency exchange, bypassing the U.S. dollar in their transactions. In light of this friendlier and more constructive relationship, perhaps Canada would be amenable to China putting a naval base in Vancouver, maybe another in Nova Scotia, then planting for safe-keeping some mobile nuclear missile launchers in Manitoba.

There is never a dull moment with the Obama administration, that's for sure. Its don't-do-stupid-stuff foreign policy modus operandi has served it well.

However, there are some overly-critical grumblers in strategic think tanks around the Beltway who are suggesting a broadening of this already robust methodology. I have it from a confidential source that a white paper is in the works called: "Don't Say Stupid Stuff".

That would sure put a damper on the fun.