Click Here to Remove All Ads
Jeb Bush, these are your words, "A 'tolerant country' should allow discrimination based upon 'religious beliefs." You said that. Nincompoop is a word I can slap on you.

In case, you don't know it, America is God's own country, a miniature universe represented by all of God's intentional creation. We need to take pride in our country. I don't want you to mess with it, men like you have come and gone messing up the balance in a given society.
Among us, we see God as one, none and many; and in every form; male, female, genderless, existent and non-existent, being and non-being, nameless and with innumerable names.
We are also blessed with every season, rivers, snow, desert, forests among things, and every race, ethnicity, language, culture and native traditions among people.


We are indeed Americans, honoring and respecting each others' pursuit of liberty, justice and happiness. We are the land of the free and the brave.
All of us have worked hard to make this truly a God's country and you are causing it to be unGodly again? That we can discriminate based on faith?
You have never been a minority of any kind, so you simply don't have the brains or empathy to understand that. If you really understand the anguish and apprehension the Black Americans, Jewish Americans, Gay Americans, Hispanic Immigrants and Muslim immigrants feel, and what the Mormons, Catholics and even the Baptists felt here - you'd appreciate the collective wisdom of our founding fathers, that we are all created equal.

We are a safe and secure nation and we have made significant progress. I don't want America to go back to 16th century, let alone the days prior to Abraham Lincoln.
The people of faith - yes, the same people of faith you are talking about had justified (I am not using the shameful language here) abusing Black Americans, genocides of Native Americans, mistreating Catholics, Mormons, keeping the Jews out of the midst, and mass murdering people who did not believe like they did. Every representation of faith has done that in one place or the other, whether it is Christians, Jews, Muslims, and Hindus, Buddhists or others.

It is time to leave behind our shameful history and rejoice what we have created; respect, dignity, equal opportunity and equal access for every human in public square.

Keep your religion at your home and behave in the public for the common good. America will continue to prosper and will remain a model for other nations to emulate.
We should have the freedom, but should not have the freedom to discriminate, watch first 7 minutes of this video to understand what an "authorized discrimination would do? 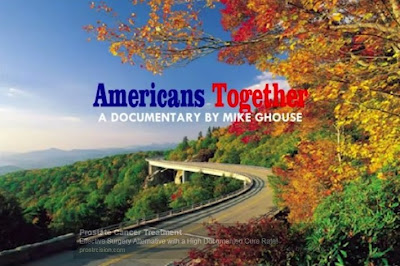 Copyrighted Image? DMCA
Video: https://www.youtube.com/watch?v=YMXsTo4VYh8
"In a sit-down interview with the Christian Broadcasting Network on Saturday, potential GOP presidential nominee Jeb Bush explained that a "tolerant country" should make room for "people of faith" to discriminate against others. Saying the best of all religious beliefs is when people of faith act on their values to help others, Bush nonetheless defended the rights of those same people to deny "services" to people whose lifestyles they oppose." Raw Story
Thank you