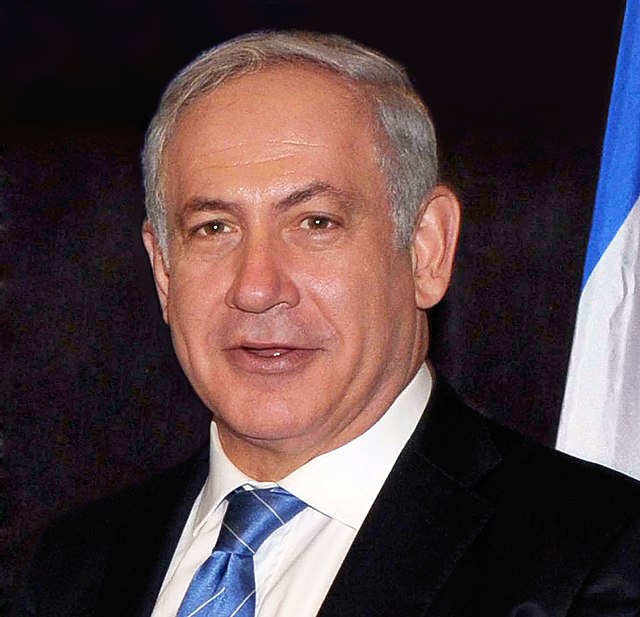 As an American it is difficult to imagine a more unseemly bit of political theater playing out than Israeli Prime Minister Benjamin Netanyahu's appearance before his cabinet to claim that he had gotten every last dollar of military assistance out of the Obama Administration. Netanyahu argued that he had obtained all that was on the table, adding that his bad blood with President Barack Obama had not proven to be detrimental in the bilateral negotiations that had been ongoing for more than a year. The Prime Minister was on the defensive because some of his critics claimed that he might have gotten $100 million more per annum, admittedly chump change on top of the $38 billion over 10 years that the Memorandum of Understand will provide Netanyahu from the U.S. Treasury.

The critics also argued that the "real money" obtained from Washington was less than it seemed because of inflation, but the gift of $38 billion to Israel was nevertheless a considerable increase over the roughly $3.3 billion per year that Israel is currently receiving. The protracted negotiations over the exact sum to be handed over were reportedly due to Netanyahu's demanding much more money, possibly as much as $5 billion per year. The deal did come with a minor problem for the Israeli defense industries, which had become accustomed to skimming 26% off the top of the annual U.S. grant to build and market their own weapons. Someone in Washington finally figured out that the U.S. taxpayer was directly funding foreign competition for its own defense industries, costing thousands of American jobs. But not to worry, the Israeli companies are now setting up U.S. subsidiaries, so the gravy train will almost certainly continue to deliver.

Israel's argument for more money, such as it was, was based on claims that Obama had weakened its security by coming to an agreement with Iran over that nation's nuclear program. Israel objected that sharply limiting Tehran's ability to develop a weapon was not in its own interest, an odd assertion but explicable in terms of Netanyahu's real objective in dealing with the Mullah's, which was to have the U.S. take the lead in bombing them into the stone age.

Missing in the discussions was any benefit obtained for the United States by giving Israel all that moolah. America's largely invisible National Security Adviser Susan Rice spoke of an "unshakeable commitment to Israel's security" and commented that the agreement was good for the United States because "our security is linked" though she characteristically did not explain exactly why that was so. She called the deal a "win-win," creating jobs in America and making our "ally and partner" Israel more secure.

In reality, as Rice knows perfectly well, Israel is a strategic liability. Apart from the annual Danegeld paid to it, it also requires the expenditure of considerable American political capital to protect it in the U.N. It also cannot be used as a forward base for the U.S. military. During Desert Storm in 1991, it had to be bribed by Washington to stay out of the conflict against Saddam Hussein to keep America's Arab allies on board. As Colin Powell's former aide Colonel Larry Wilkerson has observed there is indeed an unsinkable aircraft carrier in the Middle East that the U.S. relies on to extend the reach of its armed forces. It is called Kuwait, not Israel, while Bahrain hosts the American Sixth Fleet and the U.S. Air Force operates out of Qatar. They are all Arab countries.

Rice also did not mention another important issue. As money is fungible subsidizing Israel's military frees up cash in the budget to build new settlements on the West Bank, which U.S. policy nominally opposes. Some critics have also noted that medical care and higher education in Israel are free, a benefit that Americans do not enjoy and which derives in part from the U.S. largesse.

And Israel's reckless foreign policy has to be considered. There is a tendency for Israeli policymakers to actually use new weapons if only to try them out on live targets. The reality is that providing Israel with a ton of money to buy upgraded weapons will also give Netanyahu a lot of shiny new toys to use on his neighbors while also fueling an arms race in the region as other countries try to keep up to enable their own militaries to deter Israel. Iran has, for example, responded to the often repeated Israeli threats by improving its own air defenses with sophisticated Russian made integrated systems that can easily shoot down U.S. warplanes, while other missiles in its arsenal can defeat the defenses of American aircraft carrier groups.

Focusing on Israel's $38 billion haul has also obscured how the country benefits in other ways. It has long been a development partner with the Pentagon and Department of Homeland Security to produce defense technologies that are important to Israel but relatively useless for Washington. This has most recently included Washington's direct funding of Israel's Iron Dome missile defense system, which Tel Aviv is actively marketing, and anti-tunneling technologies.

Israel also receives billions of dollars every year in the form of charitable contributions from American Jews and Christian Zionists. The money often goes to support foundations that in turn fund settlements on the West Bank and in East Jerusalem, developments that are illegal both under international and U.S. law. And then there are direct fund-raisers for the Israeli Defense Forces (IDF). A 2014 star-studded Hollywood gala event raised $33 million tax exempt dollars for an organization known as the Friends of the Israel Defense Forces (FIDF). FIDF's slogan is "Their job is to look after Israel. Ours is to look after them." Similar fundraisers are held all over the United States and there is an annual parade in Manhattan.

As most observers of the odd United States relationship with the Middle East will no doubt agree, when it comes to Israel and the U.S. Treasury "too much" is not part of the vocabulary. Obama's agreement with Israel stipulated that in return for the guaranteed money every year Israel would not go to Congress seeking more unless there is a war. As "war" was not defined and Israel is both frequently in conflict with its neighbors and also quite capable of cranking up an incident on demand, Netanyahu may have been smiling as he agreed to that stipulation. And knowing that Obama is a lame duck means that the door to the cash vault is closed but will be reopening in January. Given all of that, Netanyahu was apparently willing to back off even though he wanted more money, possibly expecting that the deal will be subject to renegotiation when Hillary invites him to the White House.

And it now appears that many Congressmen also agree that Israel's leader and America's best friend did not get what he deserves. Senator Lindsey Graham opined while the negotiations were still in progress that any agreement with Israel would be a base-line, meaning that congress could and should vote additional special appropriations. Currently a bill co-sponsored by Graham and Senators Kelly Ayotte, John McCain, Ted Cruz, Mark Kirk, Marco Rubio and Roy Blunt is moving through the Senate that will do just that. It will allow Congress to give Israel more cash and will lift the restrictions on how it is spent, permitting Netanyahu to continue to directly subsidize his own defense industry with U.S. taxpayer money. If Democratic Israel-firsters like Senators Chuck Schumer and Bob Menendez rally behind the bill it is quite likely to be passed.

The reality is that U.S. military assistance to Israel is actually all about the effectiveness of an extremely powerful domestic lobby. The tie that binds the two countries has nothing whatsoever to do with either nation's security or interests but it has a great deal to do with tying Washington to Israel no matter what Israel does. Israel is a wealthy country with a per capita gross domestic product of $35,000 that is greater than that of Japan, South Korea or Italy. It could easily survive without that extra cash from Uncle Sam. It is the greatest military power in its region by every possible metric and it is also the only country possessing nuclear weapons to include both ballistic missiles and submarines to deliver the weapons on target. It is in no way threatened.

Massive amounts of aid to Israel constitute a particularly important element of the push to maintain a "special relationship" that seeks to make Israel appear to be an essential American ally, even though it is anything but. American politicians who call Israel the U.S.'s greatest friend and ally know they are lying as Israel is neither. Instead, Israel and its own parochial interests have been key elements in involving Washington in the spiral of violence that has gripped the Middle East since 2001, including the ill-fated invasion of Iraq.

Related Topic(s): Benjamin Netanyahu; Israel; Israeli Pressure On US; Pro-israel, Add Tags
Add to My Group(s)
Go To Commenting
The views expressed herein are the sole responsibility of the author and do not necessarily reflect those of this website or its editors.