Alexander Pope wrote, "To err is human, to forgive is divine." Such a sentiment is borne of the ruling classes, and performs the service of sucking revolutionary fervor out of those who object to the "errs" of their rulers. Churches and religious leaders have been erring for centuries"on whose behalf?

Howard Zinn wrote the following in his book, A People's History of the United States:

Brother Luis Brandaon responded to Father Sandoval's an Americas' priest regarding whether the capture, transport and enslavement of African blacks was legal by Church doctrine.

Brandaon wrote: "Your Reverence writes me that you would like to know whether the Negroes who are sent to your parts have been legally captured. To this I reply that I think your Reverence should have no scruples on this point, because this is a matter which has been questioned by the Board of Conscience in Lisbon, and all its members are learned and conscientious men. Nor did the bishops who were in Sao Thome, Cape Verde and here in Loando -- all learned and virtuous men -- find fault with it. We have been here ourselves for forty years and there have been among us very learned Fathers"never did they consider the trade as illicit. Therefore we and the Fathers of Brazil buy these slaves for our service without any scruple""

Apostle Thomas had it right. The Light is in us, not in the church. It is in the individual that the light of righteousness must shine. Of course the church could not afford to have individuals believing their own personal divinity. What would happen to the elders and other functionaries were becoming free to participate on the world stage as rulers of mankind ? Therein came the darkness out of the mouths and actions of Satans' cohorts, such as Falwell, Hagee, Graham, Robertson, Reaganites, and the rest of those who build institutions to help carryout their work while they profess to be Christian but act as antichristian. Whom are they working for? Hmmm"could it be SATAN?

It is the .1% that rules. They are in the grip of Satan and therefore their work is evil. They have been ruling for centuries.

Their ranks are replenished by the admittance of new dynasties, but the purpose is the same - that they should control every facet of human life and resource on this planet and that their drive to do this should remain as obscured as possible. Their problem is that the world now has ubiquitous access to communication and information so that every slip of their forked tongues may be heard, recorded, replayed, which of course pisses them off. But they don't seem to be overly worried that people may be awakening or rather it is a slow motion kind of worry. Karl the Turd Face Rove said, "We're an empire now, and when we act, we create our own reality. And while you're studying that reality -- judiciously, as you will -- we'll act again, creating other new realities, which you can study too, and that's how things will sort out. We're history's actors . . . and you, all of you, will be left to just study what we do." He is being momentarily punished by his masters for being such a braggart. He is mostly right. The 99% are so psyched out because we are constantly being hit by phantom punches.

While we persist in our divided and disassociated framework of reality we barely recognize the great peril that is upon us" the .1% are completing their work that will allow them to shut down this democratic form of communication, the Internet, a form with alternative information and messages and organizing platforms that they cannot yet control. Are they E vile? As the politician who could see Russia from her house, once exclaimed, "you betcha!"

RG Cunningham has written here at OEN about how humans have lost much of their instinct. I think this is because we have been conditioned to accept our existence in an abstract and linear mode. We ignore the dots even when they are connected to obvious truths, perhaps because they seem too fantastic. Our minds are repulsed by the grotesque ramifications of what our instincts are yelling at the top of their voices inside us and are trying to get us to hear. The voices are saying, your world is being run by Evil people using evil forces. You already know what good is. You also know what evil is. 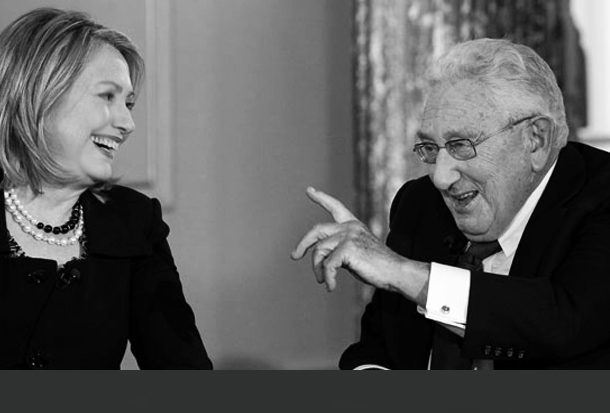 Congress people taking resources from the poor to give to their friends for money laundering back door political contributions? Evil.

S thing called Grover Norquist, who takes credit for having said, "I don't want to abolish government. I simply want to reduce it to the size where I can drag it into the bathroom and drown it in the bathtub." Evil. Murderous Evil.