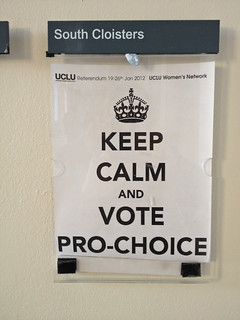 The whole issue of defunding Planned Parenthood, and using this as a means by which the federal government is shut down, has to be the most venal political action undertaken by one of the branches of our government since the Dred Scott decision by the Supreme Court in 1857. To attempt eliminate an organization that is often the sole source for both obstetric and gynecological care for millions of American women among the urban poor, because it also performs abortions (for which only three percent of Planned Parenthood's total funding, and no federal Medicaid funds--the primary source of Planned Parenthood's federal money--is spent) is at best short-sighted, and at worse, vindictive. This is like the Vietnam military commanders who destroyed a village to save it from the Communists. It makes no moral or economic sense.

In a perfect world, the only time an abortion would be needed is to save the life of the mother, or because the child is not viable and will destroy the mother's ability to have more children. People would be perfectly responsible, have complete knowledge of the ramifications of a sex act, as well as its consequences, and contraception would be 100% effective. Conception would be an act of mental, emotional, and spiritual volition on the part of both participants, not just physical; and there would be no rape, incest, or other acts where a child is conceived through violence, ignorance, or coercion. In a perfect world, the conception of a child would seal the emotional bonds between spouses and lovers so there were no unwanted children, and love, compassion and understanding would grow every day between parents and child. In a perfect world no child would be born into poverty, without proper prenatal care, food, clothing, education, health care, love and nurturing they require to become well-adjusted, productive members of their society, with the opportunity to achieve their full potential with the gifts nature has given them.

In a perfect world.

We are not living in a perfect world.

We are living in a world where children are still sold into slavery (see the PBS special "The Dancing Boys of Herat"), are used as cheap labor, betrothed without their permission to someone they have never met, abandoned by their parents, used as soldiers in bloody wars, starved, go untreated for a multitude of diseases and afflictions, and grow up to be illiterate. Jesus of Nazareth said, "Suffer the children to come onto me," and set himself apart from almost every prophet and philosopher in the ancient world for speaking of children as anything other than an inconvenience or unpaid labor. For most of the world, the role of children has not changed in 2000 years.

In a perfect world, if you said you were "Pro-Life" you would be against: war, police brutality, racism and other forms of bigotry, and every form of violence--physical, mental, emotional, and spiritual--that raised its ugly head out of the abyss of hatred and anger. You would teach your children not only not to be bullies, but to oppose bullies wherever they found them. You would teach them to do what was right, even if it is not popular. You would teach them that God's mercy and charity outweighed any wrong that someone might commit, even if the Bible claimed it was an "abomination." You would understand that same-sex marriage is not an attack upon the tradition of marriage, but a fulfillment of Paul's admonition in Second Corinthians to follow the spirit and not the letter of the law. Life is too short for hate and fear: there is only time for love and respect. No one can destroy your religion but you, by following the written word, and not the spirit of the word that underlies it.

In a perfect world, humans would no longer make God in their image, and they would quit searching for salvation and peace outside themselves. There is a Zen Buddhist proverb that says if you meet the Buddha on the road, kill him. This is because the Buddha that they are taught to seek is the Buddha within themselves: enlightenment comes not from what we are taught, but from what we learn. Jesus of Nazareth stated it plainly, "The Kingdom of Heaven is within you" (Luke 17:21 KJV). No religious body or its doctrines has the answers you need to bring quiet to your spirit, and satisfaction to your life. The best ones guide you in that direction, the worst try to force you into their limited view of what they believe is the answer to life's biggest questions, and then demand you be a happy, unquestioning automaton within those strictures. Many of the most influential religious leaders were unhappy men with a limited view of life, whose personal prejudices took precedence over God's Love. Many were misogynists (Paul and Luther), who would deny half of humanity any but the most limited place in their vision of God's world.

Related Topic(s): Abortion; Children; Education; Family; Fear; God; Incest; Marriage; Power; Rape; (more...) Religion; Sex; Women Issues Contraception; World Issues, Add Tags  (less...)
Add to My Group(s)
Go To Commenting
The views expressed herein are the sole responsibility of the author and do not necessarily reflect those of this website or its editors.