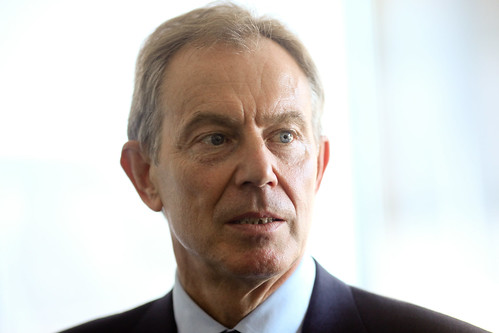 The Chilcot report's "findings" have virtually all been part of the public record for a decade, and it avoids key pieces of evidence. Its recommendations are essentially to continue using war as a threat and a tool of foreign policy, but to please try not to lie so much, make sure to win over a bit more of the public, and don't promise any positive outcomes given the likelihood of catastrophe.

The report is a confused jumble, given that it records evidence of the supreme crime but tries to excuse it. The closer you get to the beginning of the executive summary, the more the report reads as if written by the very criminals it's reporting on. Yet the report makes clear, as we always knew, that even in 2001-2003 there were honest people working in the British, as also in the U.S., government -- some of whom became whistleblowers, others of whom accurately identified the planned war as a crime that would endanger rather than protect, but stayed in their jobs when the war was launched.

Chilcot makes clear that the attack on Iraq was illegal, against the British public, against the international community and the UN Charter, expected to increase terrorism, based on lies about terrorism and weapons, and -- like every other war ever launched -- not a last resort. Chilcot records, as reality-based reporting always has, that Iraq claimed honestly to have no nuclear, biological, or chemical weapons. Chilcot fails to explain with any clarity that one cannot legally or morally attack another nation even when it does have such things.

Chilcot does make clear the extent to which France was pushing back against war, along with Russia and Germany and Chile and China. The key supporter of U.S. war plans was the UK, and there is some possibility that a UK refusal to join in this crime might really have done some good.

But Chilcot steers away from criminal responsibility, and from the damage done by the crime. It avoids the Downing Street Memo, the White House Memo, Hussein Kamel, the spying and threatening and bribing involved in the failed effort to win UN authorization, Aznar's account of Bush's admission that Saddam Hussein was willing to leave, etc. This is a report that aims for politeness and tranquility.

Not to worry, Chilcot tells us, as nothing like this will happen again even if we just let the criminals walk. Chilcot claims bizarrely that every other war before and since has been defensive and in response to some attack, rather than an act of aggression like this one. Of course, no list of those other wars is provided.

Even more bizarrely, Chilcot claims that Blair and gang literally never considered the possibility that Iraq had no "weapons of mass destruction." How you make all kinds of assertions, contrary to your evidence, that Iraq has weapons without considering the question is beyond me. But Chilcot credits with great significance the supposedly excusing grace of groupthink and the passion with which people like Blair supposedly believed their own lies. Chilcot even feeds into the disgusting lie that Blair pushes to this day that Iraqis chose to destroy their own country while their occupiers nobly attempted "reconstruction."

Despite itself, however, Chilcot may do some good. In the United States, when James Comey describes crimes by Hillary Clinton and assures us they should not be prosecuted, most people can be counted on to lie back and accept that blindly or even fervently. Yet our friends in Britain appear less than eager to accept the attitude with which Chilcot has reported on the supreme international crime.

Tony Blair may now be impeached as he needs to be. Yes -- sigh -- one can and should impeach people no longer in office, as has been usefully done in both British and U.S. history. Removal from office is one penalty that sometimes follows a conviction at a trial following an impeachment; it is not itself the definition of impeachment. Blair should be tried and convicted by Parliament. He should also be put on trial by the International Criminal Court or, better, by a special tribunal established for Iraq as for World War II or Yugoslavia.

You can sign a petition urging Blair's impeachment and prosecution here. Of course the goal must be to build momentum for holding the chief (U.S.) war criminals accountable, pursuing truth and reconciliation, and making massive reparations to the people of Iraq and their region. What the U.S. needs is action, not a 7-year "investigation." Our own Chilcot report, better in fact, was written long ago.

The Chilcot report could, against its own wishes, move us in that direction.

David Swanson is the author of "When the World Outlawed War," "War Is A Lie" and "Daybreak: Undoing the Imperial Presidency and Forming a More Perfect Union." He blogs at http://davidswanson.org and http://warisacrime.org and works for the online (more...)
Related Topic(s): Tony Blair, Add Tags
Add to My Group(s)
Go To Commenting
The views expressed herein are the sole responsibility of the author and do not necessarily reflect those of this website or its editors.