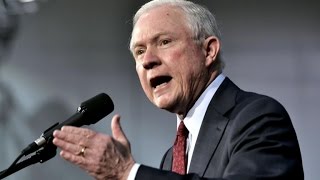 It's hard to imagine the start of the Trump administration going any worse: their transition team is in absolute chaos, awash with walking conflicts of interest, and the people they've floated as cabinet members are extremists, torture supporters and generally awful people who should be nowhere near the levers of power.

The New York Times reported on the nightmare that is the Trump transition process on Tuesday, which they described as being "marked by firings, infighting and revelations that American allies were blindly dialing in to Trump Tower to try to reach the soon-to-be-leader of the free world." The Huffington Post reported that Trump representatives missed meetings with several major federal agencies.

But it's the people who are already in place that are arguably worse.

Elizabeth Warren wrote a scathing letter to Trump this week, documenting in stark detail that despite Trump's pledge to "drain the swamp," his transition team is filled with lobbyists while special interest representatives are heading up the transition for federal departments they probably wish didn't exist in the first place.

They include, she wrote, "a former Goldman Sachs executive who is rumored to be a Treasury Secretary pick; a paid consultant for Verizon who is making key decisions on your administration's Federal Communication Commission; a 'top lobbyist' whose firm lobbied on behalf of issues related to the Trans-Pacific Partnership who is shaping your Labor Department; and a climate change-denying, oil industry-paid think tank fellow who is leading your environmental team's transition."

Part of this host of ethics quagmires could be that the transition team, such as it is, is reportedly struggling to find qualified people willing to serve the administration. But more pointedly, why would anyone believe Trump would actually stick to his pledge to "drain the swamp"? He holds no actual positions to hire against and has contradicted himself on virtually every major issue that exists. He's not exactly been an ethical beacon his entire life, either.

Related Topic(s): Donald Trump Campaign; Trump Presidency; Trump Transition, Add Tags
Add to My Group(s)
Go To Commenting
The views expressed herein are the sole responsibility of the author and do not necessarily reflect those of this website or its editors.