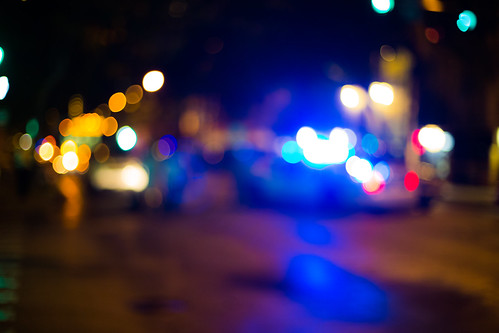 In my country, political leaders incorporate the word "democracy" into almost every speech. They wear flag pins on their lapels announcing to all, their pride and devotion to our system. Their audiences, made up of the politically misinformed, ignorant and lazy, eat the phony patriotism and hyper nationalism up as if devouring candy.

The adoring crowds pump the egos of narcissistic and psychopathic serial liars and killers, who tell us we are the exceptional nation -- defenders of democracy, globally admired heroes, all powerful, the wealthiest in the world and chosen by God, for our unique abilities in leading the planet.

In their arrogant, cherry-picked memories and megalomania, absent is the mention of the pro-democratic countries we have destroyed; innocents we kill for more power and resources which are not ours; or the radicalized hatred we have created and which continues to consume the globe.

The majority of the populace are unwavering in their absolute belief we are free. They are the same individuals who have never tested that belief. They have followed the rules, done what they are told and to them, their safety is assured. They do not search for truth or justice. They do not question. They are staunch defenders of their oppressors.

They are unified in their blindness. And easily transform themselves into defiant mobs if their reality is challenged. They are the people for which the lessons of history mean nothing. They clamor for wealth and power and admire those who achieve it by seizing it from the vulnerable and powerless. They believe in zero accountability no matter the atrocity, and teach their kids the same. They've learned well from our leaders.

What is democracy? I can tell you what it is not. It is not part of the wealth and privilege of the few European white men which founded my country. Individuals who to this day have maintained the levers of power from our nation's inception.

From time immemorial there has been a clearly undemocratic pecking order: The lives of ALL MEN HAVE ALWAYS MATTERED -- regardless of their color, race or ethnicity. Black men won the right to vote in 1870 while women in my country struggled decades before, during and after the 15th Amendment was passed, for the same privilege. In 2016, women still do not have equal rights under the law. There is no democracy to be had there.

Asia, the Middle East and Africa all practice various forms of culturally ingrained misogyny which involves the ritualistic mutilation and/or murder of females. It is brutally clear that women/girls are disposable in this global patriarchal society. In my country, males make decisions regarding a woman's reproductive choices; the ultimate form of tyranny is control over a woman's body. Decidedly undemocratic.

Below women in the pecking order are non humans. There is no democracy available to them -- no power, no voice. A class of beings so vital to the survival of humankind that their intrinsic value is far greater than any man, woman or child. Without their existence we can not survive. And yet, they are invisible to human society. Wildfires rage across the west, millions of acres are burned -- billions of animals die, but according to media, no lives were lost. Whatever the planetary catastrophe, non human lives are never mentioned, let alone counted among the victims. One can't get more invisible than that. Our concept of 'democracy' [where every sentient being has a voice and empowerment] is selective at best.

The value of a life [and its right to empowerment] is in the eye of the beholder. Non-humans and nature are absent from the equation. They cannot march and demand that their abuse and mass murder ends. They are the true silent majority annihilated to extinction with barely an after thought. Killed in the billions everyday. Destroyed by those very individuals demanding their own rights be acknowledged, while ignoring and trampling upon the rights of others. This is not democracy.

True democracy does not divide beings based on sex, gender, race or species. It assigns a voice, and gives power to all.

Can "democracy" win in a world where nothing is equal? Where status, intellect, physical form and ability, income, location, lifestyle, societal prejudices and cultural differences dictate our lot in life? It's unlikely.

In my country democracy has never existed.

Related Topic(s): Accountability; Animals; Democracy In Action; History; Men; Misogyny; Murder; Nationalism; Patriotism; Privilege; (more...) Race; Rights; Totalitarianism; Women, Add Tags  (less...)
Add to My Group(s)
Go To Commenting
The views expressed herein are the sole responsibility of the author and do not necessarily reflect those of this website or its editors.