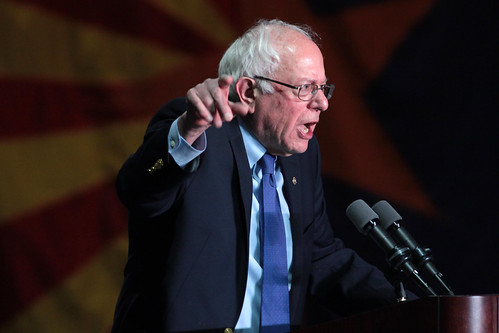 U.S. Sen. Bernie Sanders (I-Vt.) issued the following statement in support of grassroots and legal efforts to stop the Dakota Access pipeline, which would run from North Dakota to Illinois:

"The major global crisis facing our planet today is climate change. The vast majority of scientists tell us that climate change is real, it is caused by humans and it is already causing devastating problems. They say that if we do not aggressively transition our energy system away from fossil fuels toward energy efficiency and sustainable energy, the planet we leave our children will be a much less habitable place.

"Like the Keystone XL pipeline, which I opposed since day one, the Dakota Access fracked oil pipeline, will transport some of the dirtiest fuel on the planet. Regardless of the court's decision, the Dakota Access pipeline must be stopped. As a nation, our job is to break our addiction to fossil fuels, not increase our dependence on oil. I join with the Standing Rock Sioux Tribe and the many tribal nations fighting this dangerous pipeline."

Related Topic(s): Dakota; Dakota Access Pipeline; Pipeline Delay, Add Tags
Add to My Group(s)
Go To Commenting
The views expressed herein are the sole responsibility of the author and do not necessarily reflect those of this website or its editors.