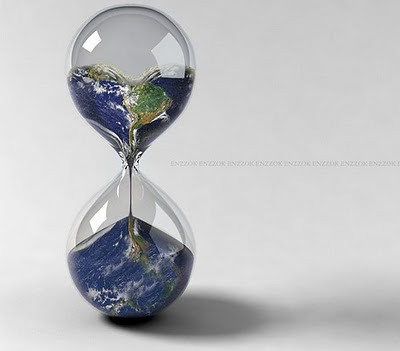 There is more than one way to destroy the planet Earth. Enough nuclear explosions could do it, and rather quickly at that. But now that we are pals with Russia (and assuming president-elect Trump does not try to nuke China in defense of Taiwan) the potential for that level of carnage has lessened. Of course, the Pakistanis and Indians might go at it, but they only have the capacity to torch part of the planet. There are other pathways to planetary destruction. The principal one, global warming, requires more time than a nuclear exchange for the consequences to be realized, but in the end, the planet would definitely become a disaster zone. So, those critics of the next U.S. president who have been rightfully worrying about handing Mr. Trump the nation's nuclear codes now have something else to worry about. The man is openly planning on leading us into a fatally overheated future. Part II -- Disarming in a Time of War President-elect Donald Trump is ignorant of many things. Most of all he is ignorant of his own ignorance -- a situation that often accompanies a grandiose estimation of oneself. One of the subjects on which Trump's ignorance stands out is environmental protection -- the rubric under which comes the effort to save the planet from global warming. This warming process is a scientific fact and the subject of the 2015 Paris Agreement on climate change. Under this agreement, 195 countries seek to reduce greenhouse gas emission levels. However, Mr. Trump, not to be deterred by either political or scientific consensus, has declared that global warming is "a hoax" perpetrated by environmentally friendly companies which seek to "make a lot of money." On the basis of this belief, the president-elect now prepares to institutionalize his ignorance. He will do so by radically cutting back the U.S. Environmental Protection Agency, scrapping President Obama's Clean Power Plan, and deleting many other environmental regulations which Trump and his followers find "unnecessary." Actually, taken as a whole, Donald Trump's plans for the environment -- that is, the planet's environment and not just that of the United States -- are the equivalent of disarming in a time war. To lead this perverse disarmament effort Trump has chosen Myron Ebell, a "sound-bite artist" for tobacco, pesticide and fossil-fuel companies. Ebell has made a career out of undermining the regulations that get in the way of polluters "making a lot of money." What does Ebell really know about global warming? Here is one of his learned judgments: "As for carbon dioxide it isn't smog or smoke, it's what we breathe out and plants breathe in. They call it pollution. We call it life." It is a frivolous statement about a deadly serious subject. Of course, the excess CO2 that is in fact "pollution" does not come from your breath. It comes from the production practices of Mr. Ebell's client industries. Behind this flippancy stands a man who, in terms of the science, knows nothing about the subject but is driven by the conviction that regulation efforts in general are "just a pretext for expanding government" -- a conventional conservative line. Part III -- Promoting Global Warming -- A Crime against Humanity The development of international law specific to crimes against humanity is ongoing. Today we commonly associate such crimes with acts of genocide, torture, enslavement, and so forth. However, the list of chargeable actions needs expansion. In 1947 the United Nations gave an International Law Commission the task of "drafting a code of offenses against the peace and security of mankind." The task was never definitively completed. However, given this wording, I think we can go beyond the usual notion of wartime horrors and genocides and consider harm to the planet as a whole. A government that purposefully adopts policies that cause, among other things, (1) rising sea levels that will drown some island nations and destructively impact almost everyone living in low-lying costal areas (10% of the world's population), (2) an increase in the rate and intensity of storms, floods and droughts, and (3) the jeopardizing of all those who do not have the ability to cope with consequences of extreme heat, is certainly a government that "endangers the peace and security of mankind." It is a government whose leaders should be considered chargeable with crimes against humanity.

Related Topic(s): Climate; Planet Destruction; President Donald Trump, Add Tags
Add to My Group(s)
Go To Commenting
The views expressed herein are the sole responsibility of the author and do not necessarily reflect those of this website or its editors.