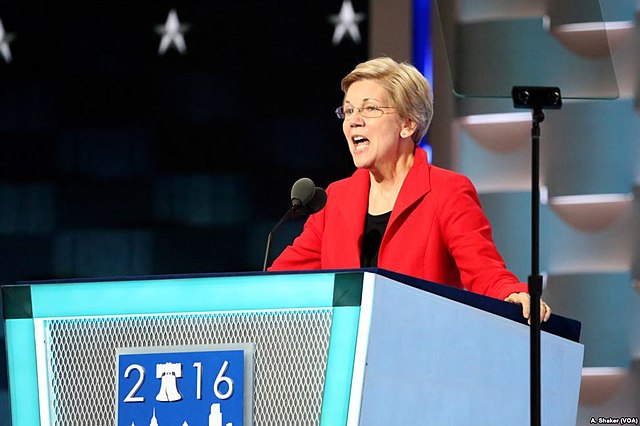 It is an election year and I am a political junkie. Therefore my inbox runneth over with political emails. Recently I've received numerous such emails (from avowedly "progressive" organizations) alerting me to US Senator Elizabeth Warren's latest hobbyhorse. "Election Day should be a holiday," says the Massachusetts Democrat, "so no one has to choose between a paycheck and a vote."

How exciting! A new "birther" controversy motoring over the horizon in our direction! Senator Warren passed on a presidential run this year but enjoyed considerable buzz and may well reconsider in 2020 or 2024. So I'd like to see her birth certificate -- long form, please -- with a view toward contesting her eligibility. She's obviously not from this country, and probably not even from this planet.

How many of those do you get off work?

Unless you're a government employee (or work for a bank), the answer is almost certainly "not all of them." And the further down the income and prestige scales your job is, the more likely the answer is "only a few of them, and usually without pay."

Senator Warren would presumably know this if she was from, or lived in, or even spent much time visiting, the United States.

Surely she would have, at one point or another, shopped at Wal-Mart, or eaten at McDonald's, or taken in a film (most theaters are open EVERY day, Christmas being the busiest day of the year in the movie business), or traveled by air, or hailed a taxi, on a holiday.

And when she did any of those things, how could she conceivably have avoided noticing the people who make it possible for her to do those things? You know, the workers whose job title isn't "US Senator?"

Related Topic(s): Election; Elizabeth Warren; Holidays; Voting; Workers, Add Tags
Add to My Group(s)
Go To Commenting
The views expressed herein are the sole responsibility of the author and do not necessarily reflect those of this website or its editors.