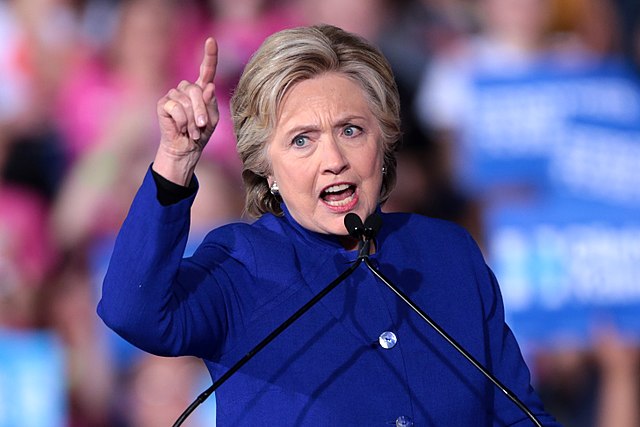 Crossposted from Axis of Logic

Paul Craig Roberts, one of the most reliable progressive Anglophone journalists wrote "the day after" under the heading "The Working Class Won the Election? What Kind of Trump Administration?"

The US presidential election is historic, because the American people were able to defeat the oligarchs. Hillary Clinton, an agent for the Oligarchy, was defeated despite the vicious media campaign against Donald Trump. This shows that the media and the political establishments of the political parties no longer have credibility with the American people.

The fundamentally most important thing in this conflictual situation where we are now, is six short words: We do not need an empire.The world has suffered during this unilateral regime for many decades, on an ever increasing level since 9/11. We have had enough of all these conflicts.
Now for the details. First a warning about how little we really know about Trump today, in November 2016. We know much more about Hillary Clinton since she has shown all her cards during her tenure as foreign minister (Secretary of State). What is needed now is united and strong pressure from the American people to make Donald Trump listen and understand. We do not want any more oligarchs who totally turn their backs on the American people and just go on enriching the 1% -- the multinational corporations and their executives. This has now been the norm virtually since the 1980s with the Reagan era, and Bill Clinton who followed in Reagan's footsteps -- with gusto. This kind of politics has had a catastrophic effect on the lives of the working class and eventually even on the middle class, which is also a working class. The only ones who are not working are the "Big Money Men" who live on the work done by others, on stock market speculation and more or less shady money transactions. Those people have seen their capital increase to shameless multibillions.

The people have more clearly than ever before showed that an oligarchic regime does not carry water. Trump must remain a question mark until further notice, even if he claims that he intends to create jobs and reduce the horrendous economic inequality in the United States. He is of course a stalwart capitalist, but he also seems to be a realist who sees where the shoe pinches. And pinch it does, in the most disastrous way. He seems to be one of the very rare super-rich men who clearly recognize that the status quo would lead directly to Götterdämmerung.

Middle America sees Trump as a populist. His victory in 'the swing states' - Florida, Pennsylvania, Ohio, North Carolina and Iowa clearly shows that the working class sees in Trump a man who is on their side. The cry for more jobs became a sesame to stunning victories for the Republican candidate.

Now we'll soon see if he really is forthe people. It was never very likely that he would surround himself with progressive and socially conscious advisers and men and women of his future government, but it might have been enough if they had been realists. It has rarely been as clear as it is now that a US-type of oligarchy, a super-rich class that lives exclusively on other people's work -- on workers who have no safety net or job security -- can never work in the long run.

In the world's richest country, a large majority does not have access to the higher education they ought to have a right to. And this just for economic reasons. The wide-spread poverty in this rich country is a shameful reality. Good health care is inaccessible to the lower income holders or to the unemployed. The most basic human rights that European countries have taken more or less for granted since the Great Depression of 1929 are non-existent in the United States.

A society simply can not work in the long run under these conditions.

What we do know with some certainty is what can now hopefully be avoided with the defeat of Hillary Clinton. The hostility and the massive propaganda against Russia and Putin which reached hysterical and vulgar decibels in the Western media will probably become more low-toned, at least after the initial anti-Trump hysteria has died down. These media now stand there with egg on their face and they quite clearly feel embarrassed by their total lack of foresight.

The result of this U.S. election in 2016 will definitely go down in history as a total fiasco for all the media and the oligarchs who own these media, the neoliberal neoconservative establishment, which Hillary Clinton was the tool for -- with great conviction. It has become clear that the elections were rigged by both sides, and that the 'Deep State' was (and is) divided between the two candidates. It has also been proven by Greg Palast that millions of people didn't get their votes counted, mainly people of one minority or another. [1]

Now, if Trump indeed gets any of his promises realized, we can first of all expect a rapprochement between Russia and the U.S. and the threatening cloud of a looming World War III may now dissolve. ThatI consider to be a sufficient reason to feel great relief that Hillary Clinton seems to be history. We can expect an end to the war in Syria, which is not a civil war but a war that was created and supported from beginning to end by the U.S. together with Israel, Saudi Arabia and some Gulf states. If all goes well, we must be able to hope for some sort of solution even to the chaos in Iraq, in Afghanistan, which is an even more complicated problem, and of course the incredibly shameful destruction of Yemen.

Reuters estimates that the war in Iraq by itself has cost U.S. citizens over $2 trillion. Nobel prize-winning economist, Joseph Stieglitz, sets the sum higher. He wrote a book titled 'The $3 trillion War'.

It is uncertain whether the sanctions against Russia, which will run out on January 31, 2017 according to the latest renewal by EU, will or will not cease.

The Financial Times wrote on November 10 --

Siv O'Neall was born and raised in Sweden where she graduated from Lund University. She has lived in Paris, France and New Rochelle, N.Y. and traveled extensively throughout the U.S, Europe, and other continents, including several trips to (more...)

Hunger Is a 'Weapon of Mass Destruction', says Jean Ziegler

Capitalism Is Dying a Natural Death

Monsanto and the Mortal Danger to Traditional Agriculture

The Insane Prelude to the Corporate Takeover of the Planet