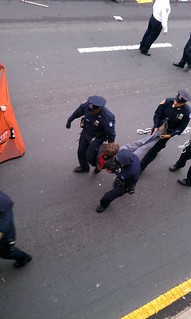 t's election season. One side promises incremental reforms without a plan for how they would get an agenda passed through a gridlocked Congress. The other side uses thinly-veiled racist language about immigrants to talk about plans to bring our country back to a fictionalized, lily-white version of our nation's history. Too often, both parties put the demands of big money over the hopes of real people. Despite the campaign rhetoric and the noise of the 24-hour news cycle, most Americans will tell you that they think our political system is broken. 83 percent of young people say they have no faith in Congress.

Today we face a true crisis of democracy: the will of the people is no longer the priority of our political system. Our government is failing us. Democrats keep letting us down. Republicans are terrifying. Politicians continue to blame each other, failing to act on the most pressing issues of our time. It's no surprise why: from every side, we see cynical pitches to Americans' worst instincts and modest solutions proposed to big problems. Common sense measures on immigration, student debt, gun safety, incarceration, policing, and climate change have no chance of passing our broken system. Any visionary piece of legislation is threatened by a small number of Tea Party members refusing to pass any laws or gets stuck for years bouncing back and forth between closed-door committee hearings. As democracy is thrown to the wayside, we have ended up with the clearest signs of plutocracy: government by and for the wealthy determined to preserve the status quo and emboldened by procedural gridlock.

Meanwhile, politicians continue to throw away billions of dollars incarcerating people, deporting mothers and fathers, and polluting our people and our planet. They continue to saddle us with student debt. They aren't helping create real jobs that can sustain us. They stand by as many of our friends live in daily fear of police and immigration enforcement. And they continue subsidizing polluting fossil fuel companies who destroy the land we live on and the air we breathe.

We are running out of patience. After years of political inaction and failure, young people are taking these crises into their own hands. The Occupy movement, Black Lives Matter, the climate justice movement, the immigrant rights movement, Moral Mondays led by people of faith, and fast food workers on strike have captured the attention of the American people, but not of Congress. Now our movements are starting to come together to begin to speak with one voice.

On November 9, one year ahead of the presidential election, hundreds of young people will take part in the largest-ever civil disobedience for racial, climate, and immigrant justice. The choice is clear: politicians are failing to take our country to where it needs to go, so a movement of young people will lead us there. While politicians and the media continue to talk about left versus right, the Millennial Movements are talking about a different direction: forward.

We are not talking about some sort of beltway consensus between the parties and big business where the interests of the American people are compromised. We are talking about something completely outside the current confines of political debate.

It takes courage and dramatic action from ordinary people to do that. As politicians risk away our lives, we risk jail time to inspire urgency and courage from our elected leaders. We are taking to the streets of Washington, D.C. to demand that we keep fossil fuels in the ground; protect and respect the dignity and lives of immigrants, and black, brown, and poor communities; reinvest in healthy jobs, renewable energy, and an economy that works for all of us.

Politicians aren't the only voices with power. We have power, too. And we have more power when we act together. Young people don't live single-issue lives. We live at the intersection of the most pressing problems today. Our movements are connected and our purpose is huge. Martin Luther King described the civil rights movement as a time when the "people moved their leaders, not the leaders who moved the people." If enough of us push together toward a new vision, the world will begin to move.

Young people aren't just the future -- we are the present. We are at the forefront of the fight for a more just, equitable, and stable world. Throughout history, a country founded to maintain the wealth and privilege of a few has been transformed by powerful movements that have expanded the meaning and practice of the "we" in "we the people." Now, it is our turn.

The average age of a Senator is 62. Today's Congress is the most diverse it has ever been: 80% white, 80% male, 92% Christian. But a coalition of millennials, people of color, unmarried women, immigrants, queer and trans people will make up a majority of voters for the first time in 2016. Young people are at the forefront of movements for social change, and are becoming increasingly engaged in the political process. And we are already winning. After years of action, our issues were at the forefront of the first Democratic debate. Candidates now have to speak on their plans to take on climate change, racial injustice, mass deportations, and economic inequality.

But shifting the debate won't be enough. If politicians won't lead this country forward from an economy in crisis to a society that works for all people, then we will. We take action to tell the American people: let's get it done together. Our generation. Our choice.

Waleed Shahid is the Political Director of PA Working Families Party and a movement-building trainer with Momentum. He tweets at @waleed2go.
Devontae Torriente is the campus organizer of Million Hoodies, a national racial justice network, at American University in Washington D.C.
Sara Blazevic is the campaign coordinator for the Fossil Fuel Student Divestment Network.

Related Topic(s): Civil Disobedience; Millennials; Protest- Civil Disobedience, Add Tags
Add to My Group(s)
Go To Commenting
The views expressed herein are the sole responsibility of the author and do not necessarily reflect those of this website or its editors.

Here's why we're committing civil disobedience: Millennials can no longer be silent about our broken system - Salon.com