Reprinted from www.yesmagazine.org by Gabor Mate 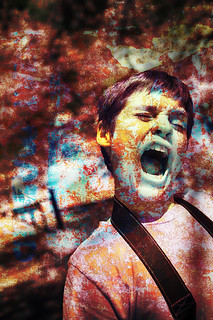 "I never get angry," says a character in one of Woody Allen's movies. "I grow a tumor instead." Much more scientific truth is captured in that droll remark than many doctors would recognize. Mainstream medical practice largely ignores the role of emotions in the physiological functioning of the human organism. Yet the scientific evidence abundantly shows that people's lifetime emotional experiences profoundly influence health and illness. And, since emotional patterns are a response to the psychological and social environment, disease in an individual always tells us about the multigenerational family of origin and the broader culture in which that person's life unfolds.

We human beings are biopsychosocial creatures whose health or illness reflects our relationship with the world we inhabit--including all the variables of family, class, gender, race, political status, and the physical ecology of which we are a part. A recent article from the National Institutes of Health called for a new foundational theory for medicine, based on a "biopsychosocial-ecological paradigm." Given the ideological limitations of mainstream medicine, this forward-looking initiative is not likely to be heeded soon.

As early as the second century, the Roman physician Galen noted the connection between emotional burden and illness, an observation repeated by many other clinicians over the centuries. The pathway from stressful emotions, often unconscious, to physical disease was often driven home to me as a family physician and palliative care practitioner, although nothing in my medical education even remotely hinted at such links. People I saw with chronic disease of all kinds--from malignancies or autoimmune conditions such as rheumatoid arthritis or ulcerative colitis to persistent skin conditions such as eczema and psoriasis, and neurological disorders like Lou Gehrig's Disease (ALS), multiple sclerosis, Parkinson's, and even dementia--were characterized by certain unmistakable emotional life patterns. Among these was the chronic repression of so-called negative emotions, especially of healthy anger, as in the Woody Allen character's wry confession; an overriding sense of duty, role, and responsibility; an undue concern for the emotional needs of others while ignoring one's own; and, finally, a core belief--again, often unconscious--that one is responsible for how other people feel and that one must never disappoint others. The expression "the good die young" has--sadly--more validity than we sometimes appreciate.

Exemplifying the characteristic of an overwrought sense of duty, role, and responsibility, New York Times contributor Julia Baird recently reported her diagnosis with ovarian cancer. "I have always been healthy and strong," she wrote in a recent column. "I regularly do hot yoga and swim a two-kilometer stretch in a bay teeming with fish near my home in Sydney, all while caring for my two little kids, hosting a TV show, writing columns and making the final edits on the book I am writing." Inadvertently, Baird depicts precisely the "I can do anything, I'll be everything to everybody" multitasking persona I found in everyone I ever met with her particular malignancy. People are unaware, and their physicians rarely know to inform them, that such self-imposed stress is a major risk factor for disease of all kinds.

But is it purely self-imposed? It is not accurate to see it that way. A materialistic culture teaches its members that their value depends on what they produce, achieve, or consume rather than on their human beingness. Many of us believe that we must continually prove and justify our worthiness, that we must keep having and doing to justify our existence.

Lou Gehrig, the baseball great after whom ALS is named, embodied self-abnegation to the nth degree, as do all people with ALS I have ever treated, interviewed, or read about--or have been described in medical papers. His famous record of consecutive games played was not about his indestructibility, but about his unwillingness to surrender his self-identity as invulnerable, with no needs. He suffered injuries like all other athletes: All his fingers had been broken at least once; some more often. He would play even when wincing with pain and sick to the stomach with the agony of it, but his dutifulness would not allow him to rest.

Gehrig's story, as those of many people with chronic illness, leaves us with the question of how such emotional patterns help potentiate physical illness. Why do people develop and maintain such self-harming traits?

Compulsive self-disregard and emotional repression are never deliberate or conscious--nobody can be faulted for them. They begin in early childhood as coping mechanisms. Gehrig, for example, had an alcoholic father and a highly stressed mother. As a child, he assumed the shell of invulnerability because the responsibility thrust upon him was that of being the emotional caregiver to his parents. Such role reversal, said psychiatrist John Bowlby, the pioneer of attachment research and theory, is inevitably a source of pathology for the child later on. Gehrig was compelled in his childhood to develop a persona that, in time, became his ineluctable self-identity. This is how he adapted to his dysfunctional environment; he knew himself no other way.

A recent article in the journal Pediatrics well summarized the notion that early childhood coping dynamics may result in adult illness and dysfunction:

"Short-term physiologic and psychological adjustments that are necessary for immediate survival and adaptation " may come at a significant cost to long-term outcomes in learning, behavior, health, and longevity."

The separation of mind and body is an erroneous view, incompatible with science.

During our dependent and vulnerable childhoods we develop the psychological, behavioral, and emotional composite that later we mistake for ourselves. This composite, which we call the personality, often masks a real person with real needs and desires. The personality is not a fault--in stressed environments it evolves primarily as a defense, a defense that can turn saboteur.

The separation of mind and body is an erroneous view, incompatible with science. Personality traits--that is, psychological patterns--conduce to disease because the brain circuits and systems that process emotions not only exert a profound influence on our autonomic nerves, as well as our cardiovascular, hormonal, and immune systems: In reality, they are all conjoined. The recent, but no longer new, discipline of psychoneuroimmunology has delineated the many neurological and biochemical mechanisms that unite all these seemingly disparate systems into one super-system.

A somewhat breathless report in Science Daily outlined the latest such finding, from the University of Virgina:

"In a stunning discovery that overturns decades of textbook teaching, researchers have determined that the brain is directly connected to the immune system by vessels previously thought not to exist. The discovery could have profound implications for diseases from autism to Alzheimer's to multiple sclerosis."

In effect, when we repress emotions--just as when we are completely at their mercy, such as in moments of untrammeled rage--we are playing havoc with our nervous system, hormonal apparatus, immune system, intestines, heart, and other organs. The result can be chronic or acute illness. As repressed anger eventually turns against us, the immune system can as well, as in autoimmune disorders, for example.

Gabor Maté, M.D., frequently addresses lay and professional audiences across North America and internationally. His books include When the Body Says No: Exploring the Stress-Disease Connection, and In the (more...)
Related Topic(s): Health; Illness; Stress, Add Tags
Add to My Group(s)
Go To Commenting
The views expressed herein are the sole responsibility of the author and do not necessarily reflect those of this website or its editors.

Gabor Mate: How to Build a Culture of Good Health