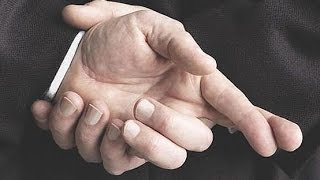 Some readers who read the sample of appreciation expressed for my columns want to know about the abuse.

Some examples: If I criticize the Israeli government for abusing Palestinians and stealing their country, the Israel Lobby accuses me of being an anti-semite who wants to repeat the holocaust. In the same batch of emails, anti-semites denounce me for being too easy on Israel and covering up for the Jewish conspiracy against mankind.

When I write about the One Percent using the government to loot the economy, I receive emails blaming me because I worked for Reagan "who started it all by cutting tax rates for the rich." These people have no conception of supply-side economics, its purpose, success, and the way it prepared the way for Reagan to negotiate the end of the Cold War. At one point in their lives they read a left-wing screed against Reagan, and that is the extent of their understanding. But they are full of blind hate.

When I write about Washington's crimes against other countries, I receive emails asking me where I was during Iran-Contra and Grenada. Apparently, they think that a Treasury official can run the State Department and Pentagon. Some of the readers are so confused that they think Reagan overthrew Allende in Chile. Alllende was overthrown in 1973. Reagan was inaugurated in 1981. It is dispiriting that there actually are people this ignorant and so proud of it that they will accuse me of helping Reagan to overthrow Allende.

When I point out the dangers of the reckless folly of Washington's aggressions against Russia, China, and the independent Muslim world, superpatriots denounce me for being anti-American. There is a stratum of the US population that thinks that it is a criminal act to disbelieve the government or to question its judgment and motives. "You are with us or against us."

When I document the death of the US Constitution and the rise of the American Police State, "law and order" conservatives admonish me that the police state only applies to terrorists and criminals and does not apply to law abiding citizens. They are convinced that Snowden and Assange are traitors, and no amount of evidence or reason can convince them otherwise. Neither can they be convinced that in the 21st century, law has become a weapon in the hands of government and no longer is a shield of the people. The Rule of Law in America is dead.

All of my life I have confronted the vast bulk of humanity living in a false reality created by self-serving powerful interest groups and the government that they control. People believe the lies that define their reality, because they lack the education and the emotional and intellectual strength to confront the obvious lies.

In American today there is nothing true that you can say that does not result in a heaving of abuse. The safe course is to repeat all the lies that come out of Washington and the presstitute media.

To go against the Matrix, you need all of the superpowers of The One.

I have a few of them. If readers will support their site, it will continue.

Related Topic(s): Matrix; Readers; Truth, Add Tags
Add to My Group(s)
Go To Commenting
The views expressed herein are the sole responsibility of the author and do not necessarily reflect those of this website or its editors.