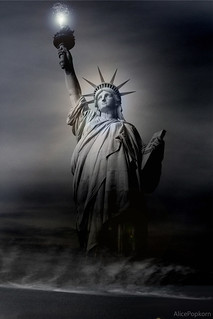 We appear to be moving ever closer toward a world war against the Islamic State.

No sane person welcomes war. Yet if we do go to war against ISIS we must keep a watchful eye on 5 things:

1. The burden of fighting the war must be widely shared among Americans.

America's current "all-volunteer" army is comprised largely of lower-income men and women for whom army pay is the best option.

That's not fair. Moreover, when the vast majority of Americans depend on a small number of people to fight wars for us, the public stops feeling the toll such wars take.

From World War II until the final days of the Vietnam War, in July 1973, nearly every young man in America faced the prospect of being drafted into the Army.

Sure, many children of the rich found means to stay out of harm's way. But the draft at least spread responsibility and heightened the public's sensitivity to the human costs of war.

If we go into a ground war against ISIS, we should seriously consider reinstating the draft.

2. We must not sacrifice our civil liberties.

U.S. spy agencies no longer have authority they had in the post-9/11 USA Patriot Act to collect Americans' phone and other records. The NSA must now gain court approval for such access.

But in light of the Paris attacks, the FBI director and other leading U.S. law enforcement officials now say they need access to encrypted information on smartphones, personal and business records of suspected terrorists, and "roving wiretaps" of suspects using multiple disposable cell phones.

War can also lead to internment of suspects and suspensions of constitutional rights, as we've painfully witnessed.

Donald Trump says he'd require American Muslims to register in a federal data base, and he refuses to rule out requiring all Muslims to carry special religious identification.

Related Topic(s): America; Army; Isis; Wars, Add Tags
Add to My Group(s)
Go To Commenting
The views expressed herein are the sole responsibility of the author and do not necessarily reflect those of this website or its editors.