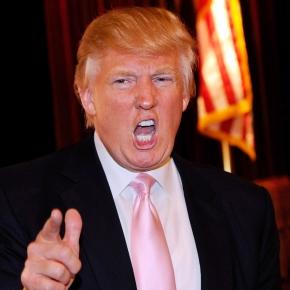 Well, just what do you say to a night like that?

I don't remember being this disheartened -- this afraid -- since 1994, when a ball-headed hater named Newt Gingrich rode a right-wing revolution into Foggy Bottom, their horses spurred on by an irrational fear of a man named Bill Clinton. Fear of his government healthcare. Fear of gays in the military. Fear of his cheatin' heart.

And those were bad days, to be sure. Crazy, strange times when we didn't know what those stuffed shirts were going to try to do next.

The Contract on America. Whitewatergate. The sight of a sitting President having to claim that no, he did not have sex with that woman, even when anyone with a brain knew we'd elected a serial philanderer into the White House, but considered the rest of him -- the best of him -- a far better alternative than the stumbling, out of touch goober he'd replaced.

The second impeachment in American history, leaving a tarnish on what we can now all agree was, all in all, a good 8 years for America.

But good only because, for all the things that were broken then, there was at least some give and take. The Republicans couldn't get everything they wanted done accomplished with a Democrat in the White House. And even if they had removed him, well, there would have been Al Gore.

And he probably would have won in 2000 with a few years in the Oval Office under his belt.

I fear we are going to reap a lot of very bad consequences for what happened, last night.

What happened? Let's just be clear: America voted out of fear, and it shows.

Fear of the other, primarily. Fear of what lies outside. Fear of a nation that doesn't resemble what you want it to look like.

Related Topic(s): Donald Trump; Fear; Fear Inc; Fearmonger; Freedoms; President Trump; Republican, Add Tags
Add to My Group(s)
Go To Commenting
The views expressed herein are the sole responsibility of the author and do not necessarily reflect those of this website or its editors.