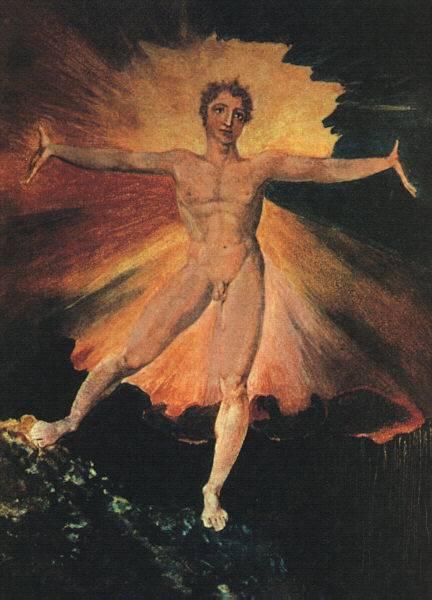 Glad Day
(Image by William Blake)   Details   DMCA
ss="">If the US under the presidency of Hillary Clinton even approaches direct war with Russia, I here give my word that I will be an open subversive traitor to this US because it will have forfeited any ethical claim on my loyalty. I will do everything in my power to subvert the war effort and I will pay any price whatever it might be.

Evolution demands that we now be beyond the kind of nationalism or patriotism that allows psychopathic power-lust to make use of us for its evil ends that are of no benefit to humanity and are of real and present danger to humanity. If there is any evidence of movement toward war with Russia I will do everything in my power to bring down the US government even if it means losing my life. I will be an openly declared enemy of the US.

There are many ways to attack a government structure and I will become proficient in as many as I can. If anyone says to me, "How dare you speak in such a manner about the government of your country?" I answer, "How dare the government of my country threaten me and countless others with meaningless evil destruction for the most shameless and corrupt of ends?" I will not stand by and let it happen. My loyalty is to Truth and the enemies of Truth have no claim on me. If my country honors Truth then I honor my country. If my country is the enemy of Truth then it is my enemy.

Evolution or Hell. I go in total devotion with Evolution and will follow no one into Hell. Nothing will move me from this position. Here I stand and here I stay until death lays me down. And in death I will still be the enemy of the enemies of Truth. It is too late for mere talk. I have given my word and here I stand.

l;skbmmb /mfmb . fmbf kzsopt,b /ml' /b/m;m fml;m;bmfgdl;nm;nm;m f .m;lz/
Related Topic(s): Evil; Hell On Earth, Add Tags
Add to My Group(s)
Go To Commenting
The views expressed herein are the sole responsibility of the author and do not necessarily reflect those of this website or its editors.

Will Putin Stab the Kurds in the Back?

We Are The Means By Which The Oligarchs Stay In Power: We Are Not Innocent.

When American Walls Begin To Crumble Like Soviet Walls. . .

Overcoming the Nihilism of the Oligarchs- Part One

Overcoming the Nihilism of the Oligarchs- Part Two