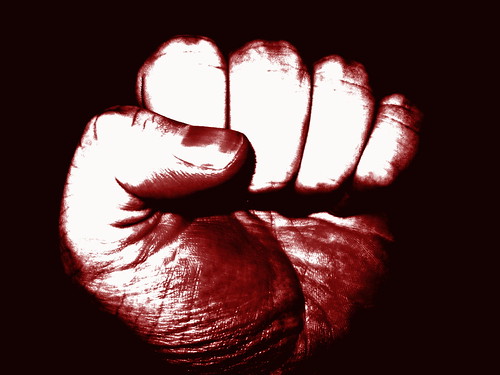 The GOP is playing with fire in their mad dash to one-party rule, with their red-state, Democratic Bobbsey Twins grudgingly tagging along, as an obscenely wealthy donor class happily gums up the works with wads of greasy cash.

Forget voter fraud; statistically, it is nonexistent. The real issue threatening the beating heart of democracy is widespread election fraud. An under-the-radar, decades-long crusade waged by Republican-controlled state legislatures and their Secretaries of State -- with a wink and a nod from Republicans in the U.S. Congress -- has been methodically disenfranchising millions of Democratic voters through every devious means available.

Throw into the mix old, faulty, unmaintained, easily hacked voting machines and error-prone optical scanners, both of which notoriously spit out significant percentages of damaged or otherwise unreadable ballots. Then place them far and few between in heavily populated Democratic districts to create long, discouraging lines. Revealingly, Republican districts in key states enjoy newer and better machines, sprinkled generously around the whiter and wealthier neighborhoods, rewarding these privileged voters with much shorter lines and more reliable results than those less connected, shall we say, "minority" voters in the poorer neighborhoods.

Another telling piece of damning evidence on this long investigative trail, which corporate media glaringly ignores, is the fact that several critical exit polls -- the international gold standard to determine if elections are fair and transparent -- are strangely and noticeably off by several percentage points, again, in key districts. The laughable "red shift" meme does not explain continuing discrepancies.

Historically, up to the late 90's, exit polling was extremely consistent with the tabulated results of paper ballots, usually within one percent or so. When electronic voting machines (with virtually no paper trails) suddenly became omnipresent, beginning in the early 2000's, exit polling began to veer widely off the mark. Occam's razor would seem to indicate that Democrats -- fresh from voting, right outside their polling stations -- assumed their votes counted when they didn't.

The evidence is overwhelming, but nobody wants to touch it for obvious reasons. Republican-leaning corporate media discounts anything that doesn't fit their narrative; Republican judges crassly shut down recounts; Republican politicians are not going to look a gift horse in the mouth; Democratic politicians are afraid that exposing the whole sick mess would suppress voter turnout even further.

Fortunately, a few morally conscious writers, investigators, lawyers, and journalists are willing to shout into the wind. [Warning: Liberal Alert!] The more prominent ones are Greg Palast, Robert F. Kennedy Jr., Mike Papantonio, Sam Seder, Brad Friedman, Amy Goodman, and Thom Hartmann; though many others also are trying to break the media sound barrier, if anyone cares to listen.

Such underhanded gamesmanship thwarts the common people from expressing their will, from effecting a more positive direction for their country, and from altering the course of their lives for the better. If the past is any indication, all-out rebellion against depraved ruling elites eventually becomes the only perceived option of an outraged citizenry.

To be clear, I do not advocate violence; however, with a population awash in anger and weaponry, it wouldn't take much of a spark to ignite the unthinkable. Already, in the last several years, we may have been witnessing the first rumblings of revolution on the mean streets of our cities and in the even meaner minds of a truly disgruntled populace.

Trump might be just the fool who unwittingly strikes the match. Watch out -- once his armed-to-the-teeth pawns finally realize they were suckered, "big league," by wildly false campaign promises, while he consolidates power with the worst of the worst establishment players and fellow con men. Don't forget, this is a vastly unpopular, unintelligent, bigoted, sexist pig who lost the election by the largest extent ever (nearly three million), and yet was still installed by a miniscule clutch of "electors" from a useless appendage of our bygone racist legacy.

Can anyone safely assume that droves of disaffected voters and low-paid workers with no realistic hope for adequate healthcare and retirement will simply shrug it off, lay down their arms, and go home to watch a fantasy world on a pricey, imported big-screen TV that they can't afford?

Our fascist billionaire had better hope so. Wispy yellow police tape fluttering in the wind may be the only "wall" separating civilization from chaos.

Ryan Lawlor is a father of five wonderful children, a lifetime union member and retired railroader who lives in Montana.