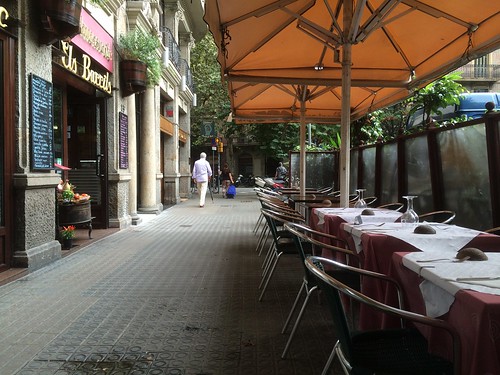 The cafe was very crowded, so I do forgive myself for my unintentional eavesdropping on the conversation at the next table. Like much of the social media-verse, the women were discussing the upsetting video of a mother beating her 16-year-old daughter for a. posting suggestive photos on Facebook b. having sex in their home (not!) and c. having sex.

"How can behavior that would put you in jail adult-on-adult be acceptable to do to a minor?" asked Hannah. "Why haven't they charged the mother?"

"It's Georgia," said Mary Sue, "Corporal punishment isn't against the law in many states."

"That wasn't corporal punishment, that was assault and battery," Sandra interrupted. "Punches, repeated blows to the head, face, and abdomen. That could kill you, or cause brain damage."

"Research has shown that children in the United States who were spanked had lower IQs four years later than those who were not spanked. Worldwide, too," added Shari. "We have to encourage and promote new parenting approaches."

"That's not an easy sell in some environments," said Jonelle. "But, we don't want children and families to equate violence with love."

"All good points," I popped in, pulling over my chair. "Don't mind me, I'm just opinionated."

"But, that's only half the issue."

"You mean the feminist part?" suggested Jonelle, "That women are held up as the gatekeepers for sex, the 'responsible' ones--and not men."

"Not exactly," I said. "You're right about that--all that--but that's the problem. That SEX itself is a problem--and it shouldn't be."

"You're not saying that 16 year olds should be out there having sex, are you?" Hannah asked.

"Actually, that's the legal age to do so in England--and New Jersey. But, no, I'm saying that 16 year olds WILL have sex. In 2011--2013, among unmarried 15--19-year-olds, 44% of females and 49% of males had had sexual intercourse. Sex is a natural, human, biological function. The drive to have sex is strong for all animals, including us apes, after puberty, especially in adolescence. Our biology, our hormones, encourage us to start reproducing at much younger ages than our society today 'allows'."

"So parents--or society--should stand by while teens hook up and get STDs--or pregnant?" scoffed Shari.

"Of course not. Teens need time to learn and grow, to study, finish school, mature, and stay healthy. An unplanned pregnancy can derail a teen's goals for the future." I sighed. "But negative outcomes can be prevented--IF we revisit our basic understanding about and perspectives about sex." I pointed to a page I'd pulled up on my smart phone. "Look at these data: Sweden, where sex education and birth control are readily available, 5.9 teen pregnancies per thousand. In the US, where we hide condoms and promote 'abstinence', 34.2 teen pregnancies per thousand."

"So the first step is to provide solid education to pre-teens and teens about their bodies, about sex, and about birth control. Which, by the way is 99.9% effective," Shari said.

Jill Jackson is a writer, mother, wife, military veteran, and hard-core pacifist and liberal. She swallowed the red pill after 9/11.
Related Topic(s): Children; Education; Education; Punishment; Sex; Sex, Add Tags
Add to My Group(s)
Go To Commenting
The views expressed herein are the sole responsibility of the author and do not necessarily reflect those of this website or its editors.