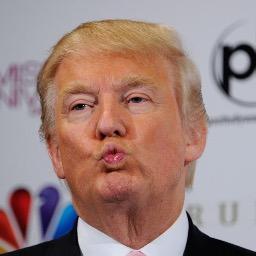 Donald Trump's strange comment about "Second Amendment people" somehow stopping gun-control initiatives of a Hillary Clinton presidency has earned him condemnation for supposedly suggesting the assassination of his Democratic rival. And his inarticulate half sentence surely could be interpreted that way, which is alarming enough.

But I saw the phrase somewhat differently, that Trump -- in his shock-jock style -- was suggesting that Americans with AR-15s slung over their shoulders and with Glocks open-carried on their hips would respond to any new gun-control measures by mounting an armed insurrection against the hated "Guv-mint."

Such militant fantasies pervade the American Right (and some areas of the American Left), with the Second Amendment venerated not because it allows for hunting or even "home defense" but because it fits the vivid imaginations of people who contend that the power of the federal government can only be restrained by killing its agents and representatives.

It is part of the militia-movement folk lore that the Founders enacted the Second Amendment so the American people could rise up against their elected government. Though that is bad history -- since the Framers of the Constitution set as their goal "domestic Tranquility" and defined "levying war against" the United States as treason -- this false notion that the Framers wanted a violent populace resisting the government has become an article of faith in Trump's world of political paranoia.

So, when Trump spoke off-the-cuff at a North Carolina rally on Tuesday, it seemed to me that he was referencing the fanciful idea of gun-control opponents waging war on the federal government rather than calling for the assassination of Hillary Clinton. Nevertheless, Trump's short-hand comment was dangerous regardless of which form of violent action he meant. His campaign's claim that he was simply talking about political organizing for "gun rights" doesn't fit with his choice of buzz words.

Trump said, "If she gets to pick her judges [for the Supreme Court], nothing you can do, folks," adding amid boos from his audience: "Although the Second Amendment people -- maybe there is. I don't know."

If Trump had simply meant applying political pressure, he could easily have said so, and there would be no reason for the ameliorating line, "I don't know." It surely sounded as if he was suggesting that the heavily armed "Second Amendment people" might take up their guns to battle any federal or state restrictions limiting their access to firearms.

This sort of macho rhetoric is common on right-wing talk radio where there has long been talk about oppressive federal agents trampling on American liberties. This rhetoric occasionally spills over to the Left where there remains some romantic belief that a violent revolution is the only way to reorder the society.

But it has been the Republican Party that has coyly courted right-wing extremists since the days of Richard Nixon and his "Southern strategy" which sought to pry working-class whites especially in the unreconstructed South away from the Democratic Party because of its support for civil rights laws that ended segregation. This pandering to the Southern white resistance to racial integration also appealed to many whites in the North, especially when framed as standing up for "liberty."

This outreach to working- and middle-class whites continued through Ronald Reagan's portrayal of many blacks as welfare cheats in the 1980s and George H.W. Bush's highlighting violent black-on-white crime in his 1988 campaign. Then, with the election of Bill Clinton and the rise of right-wing talk radio in the early 1990s, white anger took on an openly militaristic style with armed "militias" forming across the country.

Heated rhetoric about "jack-booted" federal agents gave rise to the likes of Timothy McVeigh who lashed out at the U.S. government by bombing the federal building in Oklahoma City on April 19, 1995, killing 168 people.

Though denying responsibility for such violence, the Republican Party kept on feeding this white anger by insisting that Democratic presidents were "illegitimate," a theme used against both Bill Clinton and Barack Obama, who further angered many on the Right because of the color of his skin, his exotic name, and his Kenyan father's Islamic religion.

Donald Trump made his first big splash in the political world by picking up and promoting the "birther" conspiracy theory that held that Obama was born in Kenya (not Hawaii as his birth certificate showed) and thus was supposedly not a "naturally born American" eligible to be President of the United States (though his mother was undeniably an American citizen, making him one too).

Related Topic(s): Assassination; Donald Trump Lies; Hate-Racism-Bigotry; Republican; Tea Party Racism; Violence, Add Tags
Add to My Group(s)
Go To Commenting
The views expressed herein are the sole responsibility of the author and do not necessarily reflect those of this website or its editors.