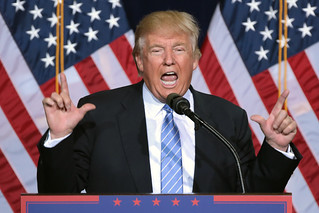 As is well-known, since the publication of his gropings, as Trump gropes with ever-less effectiveness towards the Presidency, Repubs. have been fleeing from him like flies flying off a pile of ____ when a loud noise is heard nearby. Even Pretty Boy Ryan, his eyes firmly on the 2020 nomination prize (as are Cruz's, Rubio's and Pence's for sure), as of the time-of-writing was getting ever-closer to completely abandoning ship. By the way, regardless of what happens to the Repubs. in this election, assuming that HRC wins it, what the Repubs. in Congress -- whether or not they have control of the Senate or only the filibuster -- will do to and with Clinton will make the obstructionism towards Obama with began with that planning meeting on January 21, 2009, seem mild by comparison. They simply dis-respected Obama, who was only half-white. They absolutely hate Hillary, white or not. 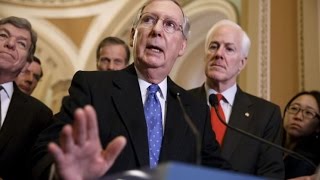 So why now? Why not after any one of the whole slew of Trump outrages, great and small that have occurred on his march towards the Presidency? Before posting an answer or two to that question, let us review briefly just some of the list of Trump outrages/mis-steps/withholdings/failed businesses/possible associations with criminal activities/and so forth. Many of them on their own would have sunk any other candidate and had Repubs. running for the exits. Why now? Why this one?

And here, not in any particular order, are some of the Trump travesties (and worse):

--He apparently violated the Cuban embargo law, in dealing with a Cuban bank.

--Of course he has failed to reveal his Federal tax returns, which could hide the possibility that he has paid no personal income tax for years (which he actually admitted in passing during the Oct. 9 debate), but also that he has, as suspected, many associations with foreign businessmen who themselves have been accused of criminal activity.

--He has had numerous failed businesses, to say nothing of the bankruptcies.

--The racism, which started years ago with incidents like the "Central Park Five" (for whom he is still calling for the death penalty despite that fact the DNA evidence has cleared them), but he trumpeted for years with birtherism. Funny how he claimed that he forced President Obama to reveal his birth certificate, as if that were a good thing. Who has ever asked any other President to produce a birth certificate? But I forgot. Obama is only half-white.

--Islamophobia, writ large and dangerously, both general and specific in the case of the Khans.

--Praising President Putin, while likely having either major investments in Russia or having Russian investment in his own enterprises, or both.

--The "punishing women for having an abortion" position.

--Having an open affair while married (just the one that we know about, with Marla Maples).

--Engaging in no personal philanthropy since 2008.

Steven Jonas, MD, MPH, MS is a Professor Emeritus of Preventive Medicine at StonyBrookMedicine (NY) and author/co-author/editor/co-editor of over 35 books. In addition to his position on OpEdNews as a "Trusted Author," he is a Senior Editor, (more...)
Related Topic(s): Donald Trump; Republican Defection; Republican Misogyny; Republican-slime-machine, Add Tags
Add to My Group(s)
Go To Commenting
The views expressed herein are the sole responsibility of the author and do not necessarily reflect those of this website or its editors.