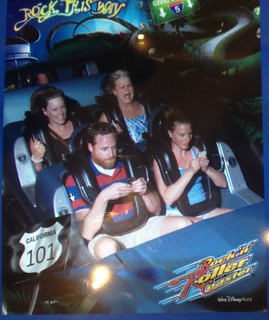 How else to put it; collective insouciance-without a care-seems to reign in America.

The problems, issues and events in America and the world from the decline of the middle class, the severe economic conditions that many are facing in this country, to the events in the world as in the crisis in Ukraine, the war in Iraq and Syria and Afghanistan, the recent election in Greece against harsh austerity measures on the backs of the Greek people, the attempted coup in Venezuela to say nothing of climate change, especially the melting of the permafrost most prominently in Siberia with the release of methane gas into the atmosphere that is twenty times more deadly than carbon dioxide are just a few of the multitude of problems and issues that don't appear to be on the minds of many, possibly a majority of Americans.

Oh there was the Charlie Hebdo massacre in Paris a month ago with the cries "We are Charlie". But consider, with all the alleged perpetrators later killed by the police in separate unrelated instances, the chief French investigator suddenly committing suicide before his investigation was complete and aired to the public, we're expected to believe only the "official" version of the events; it was Muslim terrorists reacting violently against the Hebdo cartoonists for its lampooning of the prophet Muhammad. Even though the massacre appeared as a professional hit job-which the alleged perpetrators were not-and one of the perpetrators conveniently left his ID in the getaway car, so its must have been them.

Of course this is exactly what the "officials" want everyone to believe. In essence they tell it, ergo it has to be true and therefore there's no need to investigate the matter further.

To our "officials" the people are ignorant and stupid, have no real interest in events beyond the "official" version and besides they have no time or interest to bother themselves.

And maybe the "officials" are correct. They've made the people so fearful of terrorists and terrorism-the current bogeyman that replaced the evil Soviet Communists-that the people have come to accept "official" surveillance of them; that "security" is all important, particularly national security which is being threatened by this new "enemy" of Muslim "terrorist" extremists and any measure "official" Washington installs is acceptable so long as the people believe they're safe and secure.

Read today's OPEDNEWS article by Robert Parry [1] -must reading- where he says regarding "official" Washington and the media, "To a degree that I have not seen in my 37 years covering Washington, there is a totalitarian quality to the West's current 'group think' about Ukraine with virtually no one who 'matters' deviating from the black-and-white depiction of good guys v/s bad guys in Donetsk and Moscow".

From Parry and the likes of Noam Chomsky, Paul Craig Roberts, Chris Hedges, Pepe Escobar, Andre Vilchek, Dmitry Orlov, Ukraine resident correspondent George Eliason, Mike Whitney, the "Vineyard of the Saker" and many other investigative reporters; they see the crisis in America, its exceptionalism of the indispensible country, the savagery of our wars and occupations, our descent into torture and now the crisis in Ukraine with the possibility of initiating war against a nuclear armed Russia.

Millions ought to be in the streets protesting and demonstrating against such insanity.

Instead it's only Code Pink, Veterans for Peace, the remnants of the occupy movement, those others mentioned above as well as a few assorted others who are engaged and knowledgeable see what is really happening in this country and the world.

Instead it appears "business as usual". From those dear to me to neighbors and those I see on the streets, on metro and MARC trains, they seem oblivious, texting away furiously on their smart phones thoroughly immersed in" what? So many seem to be in an insular cocoon where the reality happening in the world has no place in their insulated world.

How can this be?

Retired. The author of "DECEIT AND EXCESS IN AMERICA, HOW THE MONEYED INTERESTS HAVE STOLEN AMERICA AND HOW WE CAN GET IT BACK", Authorhouse, 2009
Related Topic(s): America; Media; People; Reality; Truth, Add Tags
Add to My Group(s)
Go To Commenting
The views expressed herein are the sole responsibility of the author and do not necessarily reflect those of this website or its editors.