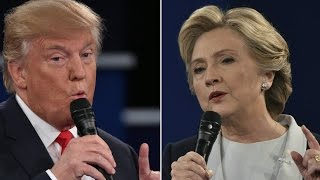 Hillary Clinton's margin of victory in the 2016 vote count continues to climb, at this point well over a million.

But her impending defeat in the Electoral College comes with familiar signs that the election was stripped and flipped.

Were this election held in any other country, the US State Department and independent monitors from around the world would denounce it as a fraud, and contemplate international intervention.

Much is finally being said about the Electoral College, with new popular demands for its abolition. Clinton is about to become the sixth presidential candidate to win a traditional majority but lose the presidency. It also happened in 1800, 1824, 1876, 1888 and 2000. Nearly 15% of our 45 presidents have been "selected" with the denial of the public will through an institution established in large part to enhance the power of slaveowners.

In February, 2013, at progressive.org, we joined the multitudes throughout our history in calling for the EC's abolition:

It will take a Constitutional Amendment, and a hell of a lot of work, to abolish this corrupt anachronism. But unless we want to see an endless succession of George W. Bushes in the White House, something better be done -- and quick.

The consequences of inaction are all too clear.

US history has been defined throughout by a divide-and-conquer strategy of racial manipulation. As we outline in our new Strip & Flip Death of American Democracy(freepress.org / solartopia.org): chattel slavery, the Constitution's "three-fifths bonus," Jim Crow segregation, third world imperial conquest and the Drug War have all played a role in denying African-American/Hispanic/Asian-American citizens their right to vote. From the foundation of the Republic, this disenfranchisement has defined the balance of power.

Related Topic(s): 2016 Presidential Election; Election Integrity; Election-Voting Issues; Fraudulent Elections, Add Tags
Add to My Group(s)
Go To Commenting
The views expressed herein are the sole responsibility of the author and do not necessarily reflect those of this website or its editors.