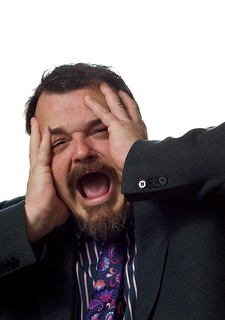 On some days, when I remind myself of the good things people do, I have faith in humanity. Lately, that faith has worn thin as I read about the horrors we visit on each other: terrorists in Africa killing innocent people, murderous religious fanatics in the Mideast, 45,000 suicides in the U.S. attributed to unemployment, disaffected cops, whose continuous exposure to the underbelly of society cause them to shoot first and ask questions later out of concern for their own lives.

But the most disturbing recent event was the senseless shooting of three innocent young people in Chapel Hill, North Carolina. It was the hall mark event that exhibits a unique strain of violence born of ignorance and hate. It was the ugly boil that erupts from a subcutaneous poison in our own society. A poison that spreads though covert examples provided by so-called religious figures and public personas propagating hate for those who don't share their values. And outright overt examples of the disregard we have for life demonstrated a thousand times a day in entertainment, news, politics, our militarized solutions for every problem, and our ability to justify any destruction we cause in a never-ending quest for more material gains.

I viewed photographs of these three young people and all I could do was feel the pain of their loss and deplore the senselessness of this murderous act. As a father of my own children, I can only imagine the pain felt by their parents and loved ones. And as I view the photograph of their killer, all I can feel is sad and despair for the society that spawns this kind of human being.

I think we want to see an individual's actions as separate and apart from his background narrative. But people are the product of their environments. It somehow seems easier to think more simplistically when these tragedies impose on our senses. It's easier to blame an individual and consequently avoid facing the real beast: That beast that gives birth to the violence that consumes people like him and their victims.

It can be found in a narrative that glorifies violence, individuality, me'ism, "do unto others before they do unto you" mentality that justifies a false sense of victimhood and soothes the wound left by this society's surgery-like removal of our natural born empathy and compassion.

All that said, the most troublesome and confirming example of this ignorant, hate-filled narrative, was the attempt by some who share it, to glorify this killer's actions on a Facebook page that was quickly removed. But not before a portion went public and this is what it said, "This page was created to pay tribute to Craig Stephen Hicks. A true American. A man who sacrificed his freedom for his..."

The fact that there are those who want to glorify this cold-blooded murder proves there is a pervasive illness in certain segments of our society. A terminal illness that consumes its victims, unfortunately, not before they have time to infect their own children as it passes from generation to generation. An illness that sees murder of three innocent and promising young people as a sacrifice of personal freedom for some unidentified cause can only be seen as sociopathic.

This horrific act was not about religion or parking spaces. These are pretextual, excuses, for those who need to keep their psychosis intact. It's similar to the same twisted pretext used to justify over 300 million guns in the most violent society in the modern world.

No, sorry folks. This was not an isolated, disassociated act perpetrated by a lone sociopath. It's a manifest symptom of a societal pathology that threatens to consume us all.

Related Topic(s): Empathy; Faith; Guns; Killing; Murder; People; Sacrifice, Add Tags
Add to My Group(s)
Go To Commenting
The views expressed herein are the sole responsibility of the author and do not necessarily reflect those of this website or its editors.