The Clinton campaign, Hillary, John Podesta, etc. are saying that Wikileaks releases are comparable to the Watergate break-in, that Wikileaks is helping Russia provide propaganda to influence this election. 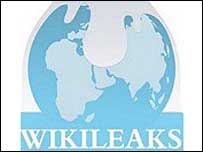 CNN reports, in an article, US finds growing evidence Russia feeding emails to WikiLeaks, that the US government is saying Russia is behind the recent Wikileak releases of Clinton campaign emails:

"On Friday, former Acting CIA Director Mike Morrell said on a conference call organized by the Clinton campaign that it was 'absolutely clear ... WikiLeaks and Guccifer 2 are working with the Russians on this.'"

"The Director of National Intelligence -- representing 19 US intelligence agencies -- and the Department of Homeland Security leveled unambiguous charges against Russia on Friday. And the comments from Moscow did little to quell the growing criticism of Russia Wednesday from the Obama administration and Hillary Clinton's campaign.

"The kinds of disclosures that we've seen, including at WikiLeaks, of stolen e-mails from people who play an important role in our political process is consistent with Russian- directed efforts," White House Press Secretary Josh Earnest said Wednesday.

Podesta, whose emails are being published by WikiLeaks, also pointed the finger at Russia.

'Work of the Russian government'

"It is now clear that the illegal hack of my personal email account was -- just like the other recent, election-related hacks -- the work of the Russian government," Podesta said in a statement. "This level of meddling by a foreign power can only be aimed at boosting Donald Trump and should send chills down the spine of all Americans, regardless of political party.""

The Wall Street Journal also has an article reporting Russian involvement in the hacking,

But I found one of the comments after the article more meaningful.

We face a very dangerous time where the Clinton/Obama Democratic party has returned to McCarthyistic red-baiting as an attempt to obscure and seal the multi-leaking narrative of lies, abuses of our justice and legal system (not prosecuting Hillary) and deceptions it has perpetrated.

The Democratic party with it's criminal leaders-- Clinton and Obama has become a major threat to world peace and to the future of the free world.

It is clear that if Hillary Clinton is elected president the future of whistleblowers and leaking of information will be even more threatened and endangered. There is little doubt that Hillary will even more aggressively go after, with the aim of murdering or lifetime imprisoning Julian Assange and Ed Snowden.

The threat a Hillary Clinton presidency portends has just, since it has fabricated a Russian connection for Wikileaks, become far more dangerous-- to whistleblowers, protesters and the future of Democracy and freedom of the press.

This should not come as a surprise. This is part of an ongoing pattern. The neoliberal Democrats have been trying to sell Russia as the bad guy in the Ukraine, where Obama's attempted to install a dictator, and in Syria, where Obama has allied with ISIS to take down Assad, accusing Russia of bad actions when it is the US policy that is allowing ISIS.

Related Topic(s): Hillary Clinton; Hillary Speeches; Hillary Transcripts; Lies; Lies Justice Dept; Lies Media; Red-baiting; The War On Wikileaks; Wikileaks, Add Tags
Add to My Group(s)
Go To Commenting
The views expressed herein are the sole responsibility of the author and do not necessarily reflect those of this website or its editors.