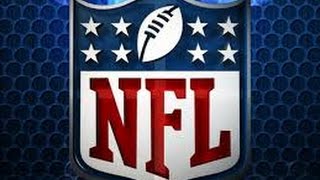 As the scientific and evidentiary case behind the farcical "Deflategate scandal" has collapsed, what apparently is keeping the matter alive is the desire of 31 rival owners to hobble the New England Patriots by suspending Tom Brady for four games and making his team less competitive.

In other words, when NFL Commissioner Roger Goodell insists that the underlying principle is the "integrity of the game," he is correct, except in the opposite way that he intends. The rival NFL owners are, in effect, trying to enhance their own chances of winning by sidelining the Patriots star quarterback for one-quarter of the season and stripping the Patriots of two draft picks. It is these owners who are cheating and compromising "the integrity of the game."

Yet, despite the absurd amount of attention that this story has received -- from news outlets ranging from ESPN to The New York Times -- this startling reality is either ignored or buried. For instance, ESPN beat reporter Mike Reiss included as one item deep inside a notebook-style report that Goodell might want to finally drop the matter except that his hands have been tied by the rival owners.

"I think Goodell would do it if that's what 31 other ownership groups wanted, but it was clear as a possible settlement was recently explored behind the scenes that the majority of owners want the full penalty for Brady and the Patriots. Goodell is following their lead," Reiss reported.

I realize that many readers consider this issue too trivial to deserve any attention, but anyone who follows sports should think about what you've just read, that rival NFL owners have intervened to fix the result of what is essentially a labor arbitration matter -- and there is additional evidence to back up Reiss's analysis, including Goodell's own report when he rejected Brady's appeal last year.

Goodell admitted that he allowed the Management Council, consisting of rival owners, to weigh in, urging that certain facts be viewed in a way hostile to Brady. Goodell said the Management Council, which controls his $35 million salary, urged him to view the absence of two Patriots equipment employees at the appeal hearing as proof of Brady's guilt (even though the employees had testified repeatedly in other venues and had consistently denied tampering with the game balls to reduce the air pressure).

So, why isn't this apparent cheating by 31 NFL owners a story that deserves major attention from ESPN or, for that matter, the Times? It's an extraordinary twist in a scandal that has dragged on now for more than 500 days and is now pending before the federal courts.

But part of the problem is that ESPN, the Times and lots of important people bought into the absurd case that Brady somehow oversaw a scheme to have two equipment employees slightly deflate game balls below the 12.5-per-square-inch legal standard though the possible benefit from such a caper would have been miniscule at best. (It also might be relevant in understanding this situation that ESPN has a multi-billion-dollar relationship with the NFL and The New York Times might suffer from the typical New York-Boston rivalry.)

The case, which has cost millions of dollars, is now before the full U.S. Court of Appeals in New York, a management friendly legal venue that the NFL arranged to hear Brady's appeal of Goodell's rejection of Brady's NFL appeal. (A District Court judge overturned Brady's suspension but it was reinstated on a 2-1 vote by an Appeals Court panel.)

Beyond the issue of 31 rich owner groups cheating in a major national sport, another reason why this case deserves attention is that it is a microcosm of how powerful entities, whether a corporation or a government, can make anything into anything, regardless of the absence of evidence or logic. In my nearly four decades in Washington, I have seen this script over and over again, as government propagandists spin sophistry and nonsense into whatever they want.

I realize that this case isn't as serious as manufacturing a casus belli for some aggressive war or pinning the blame for some mysterious event on the global bête noire of the day -- and I know that many people hate Tom Brady and the Patriots for various reasons -- but there is a Kafkaesque quality to what the NFL is doing here that anyone who cares about fairness should find alarming. The NFL has dubbed Brady a perjurer and a cheater despite no evidence supporting those serious accusations.

Yet, by now, what happened during the halftime of the AFC Championship game on Jan. 18, 2015, is pretty clear. On a cold and rainy night in Foxborough, Massachusetts, the Indianapolis Colts intercepted a Brady pass in the first half and tested its air pressure, finding it below the 12.5 PSI legal standard. The Colts then alerted NFL officials who used two gauges to measure all the Patriots (and a few Colts) footballs at halftime.

Related Topic(s): Cheating; Football; Nfl, Add Tags
Add to My Group(s)
Go To Commenting
The views expressed herein are the sole responsibility of the author and do not necessarily reflect those of this website or its editors.