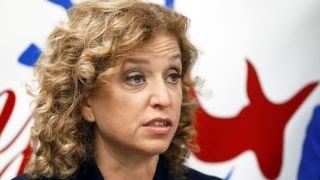 Another week, another mass shooting at a club in Florida, another out-of-control political convention, another high profile politician in trouble, another Hillary email scandal.

It's Deja Vu of the absolute worst kind, Truthseekers.

Wasn't the Democratic Convention supposed to be a gathering of like-minded grown-ups who would show the Trump circus for what it was? WTF happened? Russians hacked DNC email and Wikileaks released the details that DNC Chair DW Schultz deliberately undermined the Sanders campaign in a covert attempt to influence the US presidential election.

The DNC convention kicked off without Chairwoman Debbie Wasserman Schultz, who was booed by her own Florida constituents this morning in the wake of the latest Clinton email debacle and evidence of a rigged campaign, and now the Sanders delegates are protesting in the streets of Philadelphia and on the floor of the convention hall, booing loudly whenever Hillary's name is mentioned, often outshouting the Hillary supporters.

The Trump convention was notable for it's lack of big-name Republican supporters, but the wannabe Cheeto-in-Chief certainly had the assembled fanatics in his silk-lined pocket. The opposite is true with Hillaryfest. All the political superstars are on the stage, but there is no unified cheering crowd on the floor. In fact, many of the interviewed Sanders supporters vowed they would vote for anyone but Hillary -- even the Oompa Loompa.

No matter what happens next, this pair of conventions will be remembered for their mutual chaos.

And you can't help but wonder, what other email might Wikileaks have waiting for the rest of the week?

Kathy never expected a career in radio as a talk show producer. Born and raised in Atlanta, Georgia, Kathy was completing her nursing degree when in 2001 - in an emergency - she was asked to fill in as the producer of Mike's program. Within a few (more...)
Related Topic(s): Bernie Sanders; Democratic; Donald Trump; Republican, Add Tags
Add to My Group(s)
Go To Commenting
The views expressed herein are the sole responsibility of the author and do not necessarily reflect those of this website or its editors.