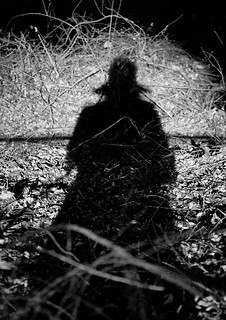 Dark Side of the Force
(Image by mripp)   Details   DMCA
[This is the op/ed piece of mine I've chosen for launching my new book, , WHAT WE'RE UP AGAINST: The Destructive Force at Work in Our World--and How We Can Defeat It.

In every society, both constructive and destructive forces are always at work. But the balance of power between those forces is not constant. Such factors as the quality of its leadership and the impact of its national experience can strengthen either the best or the worst in a society.

Consider, for example, the peoples of Great Britain and Germany at two points in the twentieth century.

In 1910, a time of relative stability before the outbreak of World War I, British society and culture might have been judged moderately healthier than the German -- as a result of a somewhat more orderly history over the previous several centuries and of the more democratic structure of power in Britain. But the difference between them was not dramatic.

Thirty years later, the balance of power between the forces of light and darkness in the two nations had become starkly different. In Britain, the words of a new leader, Winston Churchill, summoned forth the best in the British people -- their courage and their commitment to defend humane values.

In Germany, against which those values then needed to be defended, the leadership of Adolf Hitler was bringing forth the worst elements of German culture. While Churchill was inspiring the heroics in his people (in "their finest hour"), Hitler was turning many of his people into moral monsters -- his "willing executioners."

Many of us in America today sense an adverse shift in the balance of power between the elements that have made our nation great, and those that tear down what's best about our nation. Some dimensions of this shift can be seen in three key elements of the American body politic.

First, Liberal America: taken as a whole, does it convey its values in an inspiring way? If one compares what we have heard from recent Democratic leaders with the words FDR spoke to the nation -- words captured in his great 1940 "I see an America" speech, and those engraved in the granite of the FDR memorial in Washington -- the change seems unmistakable. The moral and spiritual passion has largely been drained from Liberal America, weakening the power of its values to shape our society.

Andy Schmookler, an award-winning author, political commentator, radio talk-show host, and teacher, was the Democratic nominee for Congress from Virginia's 6th District. His new book -- written to have an impact on the central political battle of our time -- is
Related Topic(s): Adolph Hitler; Free Press; Germany; Great Britain; Liberalism; Republican Party; Winston Churchill; Winston Churchill, Add Tags
Add to My Group(s)
Go To Commenting
The views expressed herein are the sole responsibility of the author and do not necessarily reflect those of this website or its editors.