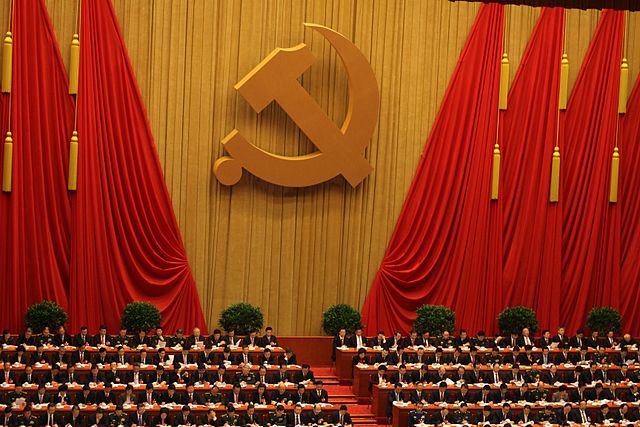 China's Sixth Plenum held in end-October provides the first hints as to what and where the Communist Party of China (CPC) is heading. The Chinese media has noted 12 keywords that are important from the party's point of view and are therefore worth analyzing. The central aspect to be noted is that President Xi Jinping has been identified as 'core' leader of the party and this indicates that his anointment four years into office is a self-driven ambition more than anything else. The major keywords or phrases analysed below have been extracted from the Sixth Plenum's Communique.

The first keyword of note is 'Comprehensive, strict governance of the CPC'. Given China's present political and economic situation this means that the party will be required to stick to its principles and the leadership will monitor progress on all fronts on a regular basis. Xi Jinping's thinking in this regard could be interpreted to mean that individuals who violate party discipline shall face punishment. At the same time, the party organizations and disciplinary authorities in charge of supervising the party cadres bear the responsibility of ensuring that things move smoothly; in other words dissent will not be tolerated.

The second keyword is 'Xi as the party's Core'. Note here that Xi Jinping is not the first CPC leader to be designated as 'core'; what is different is that this has occurred in his fourth year in office and he still has a long way to go. This is upward climb for supremacy in the party and he has almost reached the top. Undoubtedly, Xi is inspired by the likes of Mao, but the circumstances are different today. Again, the point of note is that his designation as 'core' in the run up to the 19th Party Congress suggests that he wants the party to faithfully put a stamp on his actions.

The third keyword of phrase is 'political life within the party'. This too indicates a sharp focus on the working of the party itself. The first keyword was 'strict governance'. Now we come to life inside the party. The focus clearly will be on intra-party supervision. While it may be okay to assume that this will be the usual 'keeping an eye' on cadres, the phrase used in the Sixth Plenum rings out a new truism that a certain amount of self-discipline is needed for these trying times.

The next keyword is in fact 'intra-party supervision' clearly indicating some logical thinking within the party. The whole issue here is focus on the survival of the party and therefore it stands to reason that for this purpose 'nothing will be out of bounds' and anything could be done to set things right. This sounds a little ominous and hints at a purge if there is resistance to Xi Jinping in the run up to the 19th Party Congress. It can be safely assumed that supervision within the party will be according to 'regulations' and it will work both ways, from top to down and bottoms up. This is because the need for intra-party coherence for Xi is today of paramount importance. This is actually a new way of looking at the anti-corruption campaign launched by President Xi. In fact, the next keyword 'strict discipline' is in fact a euphemism for the anti-corruption drive.

The fifth keyword 'strict discipline', applies to every party member, and is "a precise incision" for comprehensive and strict governance of the CPC in the new era. The plan seems to be that individuals must maintain strict discipline and this applies to all parts of the government including the PLA. That was objective of the anti-corruption campaign, to rein in those with sphere of influences outside the prevailing party structure and those wielding influence on account of older leaders like Jiang Zemin and Hu Jintao.

'Intra-party democracy' is the next keyword. This, of course, may seem like a contradiction after having gone through the earlier keywords. This pays lip service to the need for the CPC to be seen as a democratic institution. However, party cadres have been instructed to seek people's 'opinions' before coming to a decision. The party will also allow cadres to inform higher authorities if someone breaks the party's rules or conventions.

It should not come as a surprise that the next keyword is 'senior cadres'. After all a great deal of responsibility rests on senior leaders of the party. If they were not to fulfill their roles and allow the party to fall into disrepute, for e.g. Bo Xilai, then the party would have a problem. That is why the Sixth Plenary session asked senior cadres to take the lead in all respects, and set the bar high, so that party members and the public can follow the example.

The ninth keyword is 'power supervision'. The Sixth Plenum approved two documents on the norms of political life within the party and intra-party supervision. The objective was to ensure that power wielded by officials was indeed put to good use and not misused. The tenth keyword is 'mass line', which is a continuation of Xi Jinping's mass line campaign. The eleventh keyword is 'democratic centralisation'. Following its establishment, the CPC identified democratic centralism as its organizational principle of the party, using it as a guideline for all of its activities.

The 12th and final keyword is 'selection and appointment', which is the key to the understanding President Xi's views on who he is going to appoint to the next Politburo and Politburo Standing Committee. What we don't know is whether the Plenum decided that they would adhere to the existing conventions regarding selection and appointment of candidates or there would be a change. The central point here is that mention of this indicates that President Xi is likely to move towards a via media between convention and appointing his own candidates to the PBSC.

There are thus two main keywords of phrases that one should watch out for in the months to come. The first is Xi as the 'core' leader and the other is 'selection and appointment'. Xi's tactics as party head and President in selecting and appointing a new Politburo will determine his stature as a 'core' leader. While that is still some time away constant monitoring of this process will shed light on the new leadership of China. Watch this space!

management consultant by profession I live in Boston and frequent Asia and Far East on business trips. Like most of my ilk, I am also a blogger and hit the blogspace at irregular intervals though. My subjects of interest are wide ranging from (more...)
Related Topic(s): Anti-corruption; Chinese Central Committee; Chinese Communist Party; Chinese Plenums; Democratic; Freedom; Governance; Media; Party Loyalty; President, Add Tags
Add to My Group(s)
Go To Commenting
The views expressed herein are the sole responsibility of the author and do not necessarily reflect those of this website or its editors.