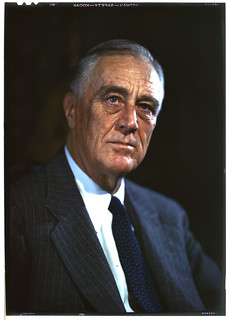 In Part 1, I discussed how twenty percent of our nation's wealth and fifteen percent of its income has been redistributed upwards, mostly to the top one percent of population over the last thirty-five years. I pointed out that the majority of the subsidies and "welfare" do not go to the poor ($550 billion per year), but to corporations ($1.2 trillion per year), and the wealthiest Americans (at least $1.6 trillion per year) in deferred taxes from salaries taken as stock options, and money rolled over from capital gains. Thus, our largest corporations and wealthiest citizens cost more than five times what our poor do in terms of lost taxes and government subsidies.

Hating the "Least Among Us"

""Truly I tell you, whatever you did for one of the least of these brothers and sisters of mine, you did for me." Matt 25:40 NIV

Brittney Cooper in her 22 April 2015 AlterNet article--reprinted from Salon.com--"America's Disgusting, Boundless Hatred for Poor People," writes of Kansas' recently passed HOPE Act: This draconian measure "prohibits those who receive TANF (Temporary Assistance for Needy Families) from using funds to go to movies, to go swimming, to go to theme parks, to gamble, to visit strip clubs or bars." Now while some of these restrictions might seem reasonable on their face, as Ms. Cooper points out, "Should poor people not have the right to go swimming? Swimming is an important survival skill. There are large swaths of Black people who do not know how to swim because of long histories of segregated swimming pools and subpar swimming facilities in this country. Swimming is also good exercise, and a way to provide cheap, low-tech fun." To me, it seems that swimming was added merely as an attempt by Kansas' reactionaries to de facto segregate the state's swimming pools again.

Far too many members of the reactionary right believe that poor families should have no fun in their lives. Further, since poor children's parents cannot make ends meet without assistance, their children should automatically have terrible childhoods. Then, when poor children of any color--but especially Blacks or other children of color--get into trouble with the law, it simply proves to our nation's most reactionary elements that they aren't worthy of our help, because they're inherently criminal. It's the worst sort of self-fulfilling prophecy.

Karl Marx wrote of the desire by the most reactionary sort of capitalists for this outcome for all workers in general, in his Economic and Philosophical Manuscripts, (1844, pp.120-1):

(2) By counting the most meagre form of life (existence) as the standard, indeed, as the general standard--general because it is applicable to the mass of men. He turns the worker into an insensible being lacking all needs, just as he changes his activity into a pure abstraction from all activity. To him, therefore, every luxury of the worker seems to be reprehensible, and everything that goes beyond the most abstract need--be it in the realm of passive enjoyment, or a manifestation of activity--seems to him a luxury. [The economics of laissez-faire capitalism--RJG.] This science of wealth, is therefore simultaneously the science of renunciation, of want, of saving and it actually reaches the point where it spares man the need of either fresh air or physical exercise. This science of marvellous industry is simultaneously the science of asceticism, and its true ideal is the ascetic but extortionate miser and the ascetic but productive slave. Its moral ideal is the worker who takes part of his wages to the savings-bank, and it has even found ready-made a servile art which embodies this pet idea: it has been presented, bathed in sentimentality, on the stage. Thus despite its worldly and voluptuous appearance-- [the economics of laissez-faire capitalism--RJG]--is a true moral science, the most moral of all the sciences. Self-renunciation, the renunciation of life and of all human needs, is its principal thesis.

The less you eat, drink and buy books; the less you go to the theatre, the dance hall, the public house; the less you think, love, theorise, sing, paint, fence, etc., the more you save--the greater becomes your treasure which neither moths nor rust will devour--your capital. The less you are, the less you express your own life, the more you have, i.e., the greater is your alienated life, the greater is the store of your estranged being. Everything which the political economist takes from you in life and in humanity, he replaces for you in money and in wealth; and all the things which you cannot do, your money can do. It can eat and, drink, go to the dance hall and the theatre; it can travel, it can appropriate art, learning, the treasures of the past, political power--all this it can appropriate for you--it can buy all this: it is true endowment. Yet being all this, it wants to do nothing but create itself, buy itself; for everything else is after all its servant, and when I have the master I have the servant and do not need his servant. All passions and all activity must therefore be submerged in avarice. The worker may only have enough for him to want to live, and may only want to live in order to have that." [Emphasis added--RJG.]