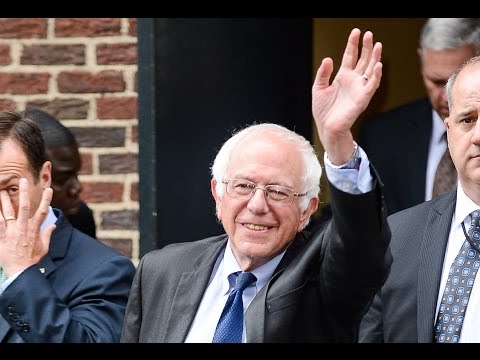 From youtube.com/watch?v=vJIuZIJvbm 8: Establishment .Bewildered. Bernie Wants Policies Not Personal Gain A writer for th
(Image by The Young Turks, Channel: The Young Turks)   Details   DMCA
>
Cenk Uygur of The Young Turks says he is amused by The Huffington Post article, "Bernie Sander's endgame is increasingly Bewildering to Team Clinton" saying, "so let's see if I can explain it to them."

He speaks "slowly and distinctly" as he tries to explain what Bernie Sanders is really about. Uygur notes that the people who can't understand Sanders are "scheming politicians," who are trying to figure out how Sanders' focus on policy is his backhanded tactic to get into the White House.
Uygur says to them, "The reason you can't understand him is that you are so used to your own lies, that when someone tells the truth, you are flummoxed by it."
Uygur notes that former Senator Ted Kaufman (D-DE) has the right answer. Kauffman says, "The easiest answer with Bernie is to listen to what he says, because what he says is what he means. It is remarkable working with him. You don't have to spend a lot of time figuring out what he was saying or what he meant. It was a pleasure being around him."
The Young Turks' YouTube channel is here.

Related Topic(s): Bernie Sanders; Bernie Sanders 2016 Presidential Candidate; Cenk Uygur, Add Tags
Add to My Group(s)
Go To Commenting
The views expressed herein are the sole responsibility of the author and do not necessarily reflect those of this website or its editors.