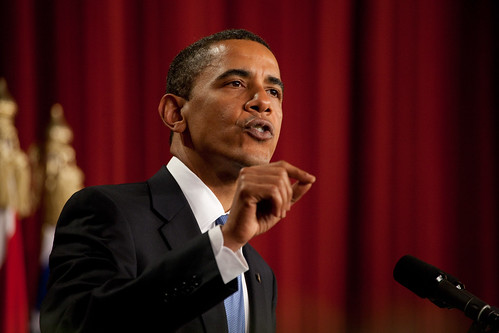 In his Op-ed column in The New York Times, Jimmy Carter, 39th President of the United States, sent an urgent request to Barack Obama, the 44th President:

"The simple but vital step this administration must take before its term expires on Jan. 20, is to grant American diplomatic recognition to the state of Palestine, as 137 countries have already done, and help it achieve full United Nations membership."

That column appeared on the morning of November 29, seven weeks and three days before President Obama leaves office.

President-elect Donald Trump's attitude toward the Palestinian issue is unclear, though an Israeli right-wing minister believes Trump's election has ended Palestinian hopes for a separate state.

"Israeli Education Minister Naftali Bennett said Wednesday that the possibility of a Palestinian state being established had ended after the election of Donald Trump as U.S. president, calling for an end to the issue that has been at the center of Israeli-Palestinian negotiations for years.

"'Trump's victory is an opportunity for Israel to immediately retract the notion of a Palestinian state in the center of the country, which would hurt our security and just cause,' said Bennett, leader of the far-right Jewish Home party."

Jimmy Carter has no way of knowing if what Bennett says may or may not reflect Trump's future plans. Who does?

In any event, as Slim Pickens (in Dr. Strangelove) said about himself, this is not Carter's "first rodeo."

In his Times piece, Carter recalls that in 1978, midway through his administration, he invited Israel's prime minister, Menachem Begin, and Egypt's president, Anwar Sadat, to meet him at Camp David.

He wanted them to reach an agreement that would resolve the conflict between Israel and Egypt and address Israel's occupation of Palestine.

Carter had initially planned on a three-day meeting, but starting on September 5, he doggedly spent 13 days with the two leaders until the three leaders could agree on what became known as the Camp David Accords: First, "A Framework for Peace in the Middle East," which dealt with the West Bank and Gaza, and second, "A Framework for the Conclusion of a Peace Treaty between Egypt and Israel."

The first accord was never fully implemented -- as the last 37 years have continually made clear -- but the second, signed on March 26, 1979, laid the basis for the first peace treaty between Israel and one of its Arab neighbors.

Israel's ongoing refusal to implement the first accord, which was designed to end Israel's occupation of the Palestinian West Bank and Gaza, brings us to this moment in the final weeks of Obama's presidency.

Jimmy Carter strongly believes President Obama needs to act to give Palestinians the security Carter has sought for them since he was President.

Related Topic(s): Former President Jimmy Carter; Obama; Palestine Statehood; Palestine_and_Israel, Add Tags
Add to My Group(s)
Go To Commenting
The views expressed herein are the sole responsibility of the author and do not necessarily reflect those of this website or its editors.