A careful analysis of US elections shows many cases of the "spoiler effect." 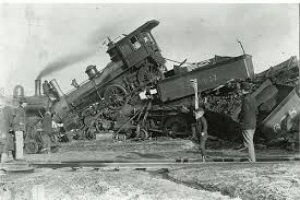 For instance, in 1860, Lincoln won with 37% of the vote as the Democrats, Douglas and Breckinridge, split the Dem vote. Breckinridge with many fewer votes than Douglas got 72 electoral votes, while Douglas got only 12. Without the rump Southern Democrat run by Breckinridge, Douglas would have won...and US history would have been far different.

In 1992, Clinton won with 43%, as Perot drained off 20% of the vote, the majority from the Republican Bush. Some claim the Perot vote would have gone 50/50 but that is not likely, as Perot appealed more to the right than the left.

In 2000, Nader got 100,000 votes in Florida. Nationally, Nader voters were found to be 60% favoring Gore over Bush. If Nader had not run, Gore would likely have won by 20,000, too much to challenge.....and there would have been no Iraq War, no economic collapse, no Patriot Act.

The spoiler effect is an objective reality, not a blame game. I don't "blame" Breckinridge for electing Lincoln; I recognize the effect of his his rogue run, which saw him finish 2nd (in electoral, not popular votes) with ONLY write in votes!

The spoiler effect is real: Gary Johnson, who is pulling 10 or more percent is likely attracting more Republicans (the LIbs usually run as Republicans) than disaffected Democrats (who are going to Stein). Gary Johnson may help elect HRC. I do not blame him for that; I recognize the objective result of drawing away voters from the leading candidate, as Breckinridge did with Douglas.

It's not partisan; it's not scapegoating: it's history.

I love Ralph Nader, and I have voted for him, but the fact is that if he had not run in Florida (only swing states are vulnerable to the spoiler effect), Gore would have won.
There would have been no hanging chads, no deadlines, no Supreme Court calling the election, no War on Iraq, etc.

In our votes, we must act morally and strategically to bring about the results we want and not the opposite (ie to allow the greater evil to prevail). If we vote "out of conscience" for a party which changes the outcome of the race, that should be figured in to your decision of how to vote. This only matters in the small group of swing votes, where the spoiler effect is real. In other, "safe" red or blue states, vote your conscience!!

But if doing so brings on war rather than peace, think about it! We are responsible for our actions, and morally, we are obligated to act not with total purity, which is impossible, but to do the least harm.

The other hidden "spoiler" is those who do not vote, either because of the campaign to show that voting is meaningless (guess who benefits from that?) or thru voter suppression laws which discourage voting. Whether voluntary or part of a legal scheme, not voting often is responsible for who wins. If less than a majority vote, the Republicans usually win; if a strong majority (55% and up) vote, the Democrats always win.

Therefore, those who are persuaded not to vote or not to waste their vote, can determine who wins and thus act as a kind of silent spoiler. That is why Republicans, who are in the minority, seek to suppress the vote. Related Topic(s): Democrat; Democrats; Election; Gary Johnson; Hillary 2016; Hillary Clinton; History; Republican; Spoiler Candidacies; Voting, Add Tags
Add to My Group(s)
Go To Commenting
The views expressed herein are the sole responsibility of the author and do not necessarily reflect those of this website or its editors.