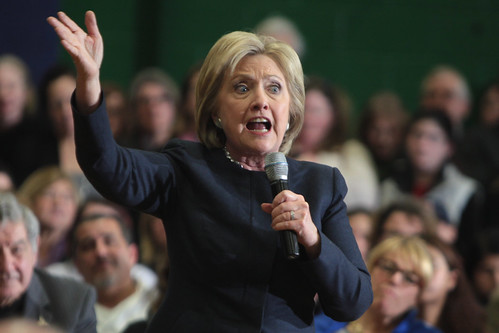 Next Wednesday the world will turn its attention to the transition that will bring the peaceful transfer of power to a new president and Congress after a hard and bitter campaign in a deeply divided nation.

If Hillary Clinton is elected president, the transition will provide a golden opportunity for her to reach out to supporters of Donald Trump and Bernie Sanders, who have legitimate economic anxieties and grievances, and to members of both parties in a Congress, which suffers from disapproval ratings even higher than Clinton's.

First, the plan to rebuild America's schools, roads, bridges, ports, airports, rail and other parts of America's decaying infrastructure would give a significant boost to the national economy by creating millions of high-wage American jobs. This has long been supported by big business, small business, organized labor and a majority of Democrats and Republicans in Congress.

In her outreach to the nation, Clinton would emphasize that the jobs created by rebuilding America, and the economic gains to America as a whole, would benefit supporters of Trump and Sanders as much as supporters of her.

Second, it would be fitting if the first female president would make equal pay for women an early priority of her presidency. As her beachhead for bipartisanship, beginning with pay equity, Clinton could promptly meet with, and build a special relationship with, the bipartisan group of female senators who provide a model for how elected officials can work together to get things done with mutual respect and collaboration.

When Clinton served in the Senate, she was a member of this group of female senators and has personal relations with many of them that cross party lines. In her outreach to Trump and Sanders supporters, a president-elect Clinton should emphasize that equal pay benefits women who supported them as much as women who supported her, and ask for their support.

Third, a president-elect Clinton should seek a personal audience with Pope Francis, the most revered public figure in the world, and meet with religious leaders of all American faiths and denominations. They would seek common ground to help the poor, heal the nation and elevate the tone of our political discourse.

Fourth, a president-elect Clinton could meet with House Speaker Paul Ryan (R-Wis.) to seek common ground to include the kind of creative conservative initiatives to help the poor and middle class pioneered by the late and great Republican Congressman Jack Kemp.

Fifth, for her nominee as Treasury secretary, Clinton could follow the excellent model of President Bill Clinton, who chose then-Sen. Lloyd Bentsen (D-Texas) to be his first Treasury secretary, which paved the way for the major economic success of his presidency.

Two possibilities for a Clinton Treasury secretary would be current Secretary of State John Kerry or former Sen. Bill Bradley (D-N.J.), to serve for at least the first two years of a Hillary Clinton presidency. They both possess presidential stature, extensive knowledge of domestic and global economics and finance, and would avoid potentially divisive controversies with progressives that other potential nominees could bring.

Whether Trump or Clinton is elected, the worst case for America -- which is the most likely outcome today -- would be continued gridlock, government dysfunction and endless partisan wars in Washington that would create even more public disgust toward business as usual in the capital.

If Hillary Clinton is elected, there is a better way, with historical precedent. When Bill Clinton was president, even at times of partisan conflict, he worked with political opponents, including then-Speaker Newt Gingrich (R-Ga.), to cement his legacy and bring prosperity to the nation.

Related Topic(s): Democrats; Gridlock; Hillary Clinton; Issues-Advocacy; Women, Add Tags
Add to My Group(s)
Go To Commenting
The views expressed herein are the sole responsibility of the author and do not necessarily reflect those of this website or its editors.