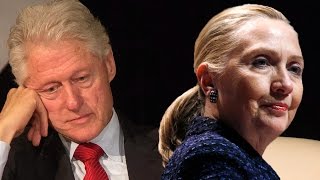 What's past, as Shakespeare has told us, is prologue.

2016 has been a wild political season. This year, despite the unnerving presidential freak show the Republicans are putting on, Hillary Clinton is the one who recently stunned me. Attempting to convince very wary working class families that she will stand against the abuses of her Wall Street financial backers, while also lifting up the poor and shoring up the middle class, Clinton made this horrifying, spine-tingling declaration: She'll Bring Back Bill! Specifically, Hillary promises that her former-president husband will be put "in charge of revitalizing the economy."

Good grief! Isn't Bill the big galoot who turned his economic policy over to Wall Street's Machiavellian, Robert Rubin? Yes. And didn't Bill break his 1992 campaign promise to raise the minimum wage in his first year, putting it off until his fourth year, and even then providing only a token increase that still left the working poor mired in poverty? Yes, again. And didn't he push into law a "welfare reform" bill that has shredded the safety net for America's poorest, most-vulnerable people? Afraid so.

So let's flashback only two decades ago to that defining achievement of President Bill Clinton's presidency: "[The] end of welfare as we know it." What sounded good in theory was detrimental to millions of Americans. Bill was awfully proud of teaming up with Republican ideologues to reverse FDR's historic commitment of providing "Aid to Families With Dependent Children." While there were some problems and some abuses with this poverty-alleviation program, Clinton signed-on to the right wing's fantasy that simply gutting it would magically make welfare recipients self-sufficient through "the dignity, the power, and the ethic of work."

But his faith in the work ethic lacked any actual ethics. Where were the jobs -- much less decent-paying jobs -- that were supposed to empower poor people? Bill had no plans for that, except a feeble request that major corporations commit to hiring a number of former-welfare recipients. Surprise -- they didn't!

Now, fast-forward 20 years, with millions of poor people -- especially single mothers -- having no jobs, no cash earnings, and no social safety net to protect them. Clinton's empty promise of jobs for the poor totally disappeared in the smoke of Wall Street's 2008 crash of our economy. Plus, he had handed the remains of our national poverty program over to states that are now run by right-wing politicos who've shriveled the benefits to Dickensian levels.

Thus, the United States of America -- the wealthiest country in the history of the world -- now has a "poverty program" that largely consists of the poor being homeless, selling their blood plasma for income, and scrounging our alleys and highway medians for aluminum cans.

Moreover, wasn't it Bill who literally rammed NAFTA down our throats, creating that job-sucking sound that continues to devastate today's middle-class? Yep, he's the one. And didn't he also collude with laissez-faire ideologues and plutocratic Republicans to deregulate Wall Street so global speculators could wreck our economy by playing casino games with our bank deposits and home mortgages? Yes, him again.

By the way, since leaving office, Bill has amassed a personal fortune through smarmy, often-secret deals with Wall Street banks and global corporations. Why would Hillary threaten workaday Americans with another poke in the eye from this Big Money con man? Instead, she should use Bill's gift of gab by making him her official "Walmart Greeter" for White House visitors. Bill fixed our economy the same way a veterinarian fixes your dog.

Related Topic(s): Backstabbing Turncoat; Bill Clinton; Hillary Clinton; Jobs; Welfare, Add Tags
Add to My Group(s)
Go To Commenting
The views expressed herein are the sole responsibility of the author and do not necessarily reflect those of this website or its editors.