The book, "Euroasian Energy Primer: The Transatlantic Perspective", is edited by David Koranyi. The publisher is The Atlantic Council. The copyright is held by the Atlantic Council. It was published in Washington D.C in November 2013. It contains seven sections and is confined to 85 pages. It appears unique in analyzing the energy security and prosperity of continents situating across the Atlantic Ocean. It depicts the prime focus of the strategic policies of the transatlantic nations. Actually, with the emergence of competitors in the energy-rich Middle East, the energy sought-shift by the said nations from ME to the other regions is pretty rationale. The author has sufficiently suggested in the book the alternative energy corridors of Southern Caucasus and Russia. It unveils the barricades that may perturb the easy access to the said regions. Parallelly, the measures, aimed at bringing viable solution, the author has investigated in the final portion. Although the whole book is worth mentioning, yet I have reviewed the author's main point of view in relations to the importance of title.

The author unveils the importance of the region for the exploration of mega reserves for energy. "The Eastern Mediterranean holds great promise for hydrocarbon riches." (p.25) He also suspects the availability of the riches due to regional antagonism and some technical problems. "The Eastern Mediterranean poses a host of trans-boundary problems in terms of getting its output to the market, exacerbated by the different stages of development in the region." (p.25) The author enlists three elements, disturbing the outreach of the resources. "These comprise three elements; the resource base, the perspective timing for the development of these resources, and the various destinations to which these resources might be sent." (p.25) 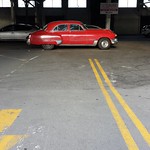 The writer makes impressive investigation where the resource base should be constructed. In fact, the options likely to be considered for the said pursuit are as following. In Israel, there are several places that can be used for the purpose. These include Tamar, "a major offshore platform", Leviathan, another field operated by Noble Energy, "Tanin and Karish, operated by Noble Energy." (PP.26-27)

The second important element of the hydrocarbons reserves, based in the region, is the prospective timing for the development of these resources and bringing them into markets. In this endeavor, the author has emphasized on the utility of the cheaper routes and mechanisms. He accurately considers the facilities already working as viable asset. "Such figures should be considered as indicative of volumes that might be made available, rather than as specific proposals for actual project implementation." (p.30)

At the heart of the longings for development of these resources, he gives much relevance to the Israel-based energy. Hence, the utmost attention is being paid to it. Under this step, the Israeli government is keen in exporting its larger portion of the gas to the immediate neighbors. "In order to bolster its relations with its immediate neighbors, a portion of Israel's gas should be used to provide 2.5 to 3 bcm/y to the regional markets in the Palestinian territories and Jordan." (p.30) This option has officially been pursued because they consider Israel more sufficient in energy resources. "Far more gas is available for export than is required to meet domestic requirements." (p.31)

The third element of the hydrocarbons of Eastern Mediterranean is the market where the energy resources are mostly likely to be consumed. In this regard, Europe is the destination to be approached. Among the entire Europe, Turkey stands as first European country where eastern Mediterranean resources can find the market. According to the author, gas from Leviathan can be reached to Turkey through expected four routes. These include "onshore through Lebanon and Syria, offshore through Lebanese and Syrian waters, through waters that constitute the EEZ of Cyprus, maritime route to the west of Cyprus." (p.32)

The author has wisely highlighted the stumbling blocs in the way; the efforts are being made to bring the energy resources to the European market. If the route via Turkey is opted for the transportation of the energy resources, the Cyprus government cooperation is inevitable. However, it needs preferred concentration. "Given the poor relations between the Republic of Cyprus and the government of Turkey, such cooperation cannot reasonably be expected in the absence of a more general Cyprus settlement." (p.32)

The author ideally maintains that the reconciliation between the concerned countries is inevitable. Twin-dialogues have been started, "One between Ankara and the internationally recognized government of Cyprus, and other between Athens and the self-declared Turkish republic of Northern Cyprus." (p.33)

The author unveils the likely cooperation between Israel and Turkey because on the matter of who determines the choice, route through Turkey is considered as the short-term way. Therefore, the interdependence and cooperation between the two is to emerge, following the idealistic approach. Therefore, the substantive option is Turkey. "Commercially, an attractive case can be made both for delivering gas to Turkey in the near term and then, in the medium and long term, taking advantage of Turkey's increasing role as physical hub to deliver gas to European market beyond Turkey." (p. 35)

The author also highlights the relevance of interdependence for energy-based relations. Both sides' policy makers are cognizant with the fact that the fraternal relations between the two sides mainly guarantee the prosperity and security in both Europe and Russia. "The relations are crucial for Europe to ensure its energy security and for Russia to maintain its prosperity which highly depends on energy exports revenues." (p.37) However, according to him, this important relationship, aimed at cooperation, is prone to instability and disruption. "Growing tensions in European-Russian gas relations have sparked a lively debate about Russia's role in Europe's energy security." (p.37) EU countries are concerned about the ensured energy security, which mainly is due to dependence on Russian gas supply. This is why the thinking prevails in decision making of EU capitals that the supply of gas from Russia might be put on halt. This perception generates suspicion and mistrust that is a prime factor behind the misperceived relations between EU and Moscow. "Breeding the perception that Russia aims to utilize energy as a foreign policy tool." (p.38)

He is accurate to believe, keeping the objectives; EU's energy security and Russian prosperity in mind that cooperation would solidify the both side's vested objectives.

The author is pessimistic on the future of the EU-Russian energy relations and maintains the perspective that the future might be dominated by the Russian initiative of utilizing the gas supplies as its policy weight age. "Russia may ultimately decide to cut off or threaten to restrict its gas supplies in order to facilitate its foreign policy agenda on the European continent." (p.40)

In a circumstance, the Russians are keen to keep their revenue intact by dint of the gas prices, and EU countries plan to ensure the energy supply, the author is coherent in maintaining that the defused tension between the two parties is a viable pathway. Therefore, the efforts are being made to address the discrepancies. In this attempt, the foremost thing that should be done is to decrease the gas prices. "The Russian gas major came under increasing pressure to renegotiate some of the contracted volumes and set the price in line with the lower spot market prices." (p.43)

On the matter of improving the misperceived relations, the author finds a viable option where European market could physically be integrated and both parties might secure their common interests. "The EU and Russia have a common interest in seeing Europe create a physically well-connected gas market." (p.49) In the final logic for sake of the normalization in the energy relations, both sides have to work jointly. "What both sides clearly needs is assurance that there will be neither abuse of market power nor discrimination, as long as all market participants abide by the same law." (p.50)

Related Topic(s): Energy Alternate Funding; Energy Innovations; Energy Research, Add Tags
Add to My Group(s)
Go To Commenting
The views expressed herein are the sole responsibility of the author and do not necessarily reflect those of this website or its editors.