The pro-Israel consensus is cracking 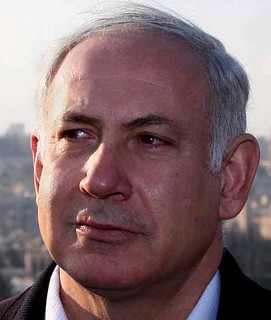 Sneaking around behind the President's back to invite a foreign leader to address Congress -- specifically for the purpose of undermining how the chief executive conducts US foreign policy -- would normally be regarded by patriotic conservatives with unmitigated horror. Imagine, for example, if a Democratic Congress had invited Daniel Ortega to address the assembled solons back in the 1980s, when President Reagan was (covertly) funding and supporting a contra movement to overthrow the Sandinista regime. Heads would've exploded all across the political spectrum, not just on the right. While this example is somewhat more dramatic than House Speaker John Boehner's invitation to Israeli Prime Minister Benjamin Netanyahu -- for the specific purpose of undermining the nuclear talks with Iran -- it isn't by much.

The Boehner ploy has split the pro-Israel community down the middle, with such stalwarts as the Anti-Defamation League's Abe Foxman denouncing it as "ill-advised" and former US Ambassador to Israel Martin Indyk -- founder of the staunchly pro-Israel Saban Center at the Brookings Institution -- saying:

"Netanyahu is using the Republican Congress for a photo-op for his election campaign, and the Republicans are using Bibi for their campaign against Obama. Unfortunately, the US relationship will take the hit. It would be far wiser for us to stay out of their politics and for them to stay out of ours."

The shock waves are extending in all directions in response to this act of political sabotage, reaching even the far-right shores of Fox News, where anchors Chris Wallace and Shepherd Smith engaged in a most unusual dialogue, pillorying the usually sacrosanct Israelis. In response to a reading of the above Indyk quote, Wallace averred:

"And to make you get a sense of really how, forgive me, wicked, this whole thing is, the Secretary of State John Kerry met with the Israeli Ambassador to the United States for two hours on Tuesday, Ron Dermer, the [Israeli] ambassador, never mentioned the fact that Netanyahu was in negotiations and finally agreed to come to Washington, not to see the president, but to go to Capitol Hill, speak to a joint session of congress and criticize the president's policy. I have to say I'm shocked."

Digging the dagger in a little deeper, Smith commented that "it seems like [the Israelis] think we don't pay attention and that we're just a bunch of complete morons, the United States citizens, as if we wouldn't pick up on what's happening here."

Related Topic(s): Benjamin Netanyahu; Israel; Politics; Pro-israel, Add Tags
Add to My Group(s)
Go To Commenting
The views expressed herein are the sole responsibility of the author and do not necessarily reflect those of this website or its editors.