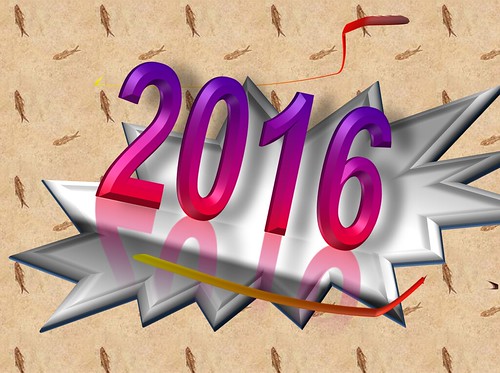 This is the time of year when people try to make sense of the preceding 12 months. It's a fool's errand, in one sense. A year is an arbitrary division of time. We decide what it means in retrospect, and we never get it exactly right. But the meaning we give it will guide our actions in the future, in thousands of conscious and unconscious ways.

We tell ourselves stories, and before we know it our stories are telling us.

Democratic operatives got the story wrong. Too clever by half, as always, they thought victory lay in canned phrases and obsolete data models. But the political class that gave us "Microtrends" missed the macro trends all around us, the ones affecting most people's lives.

Here's a macro-trend: According to a recent paper by Thomas Piketty, Emmanuel Saez, and Gabriel Zucman,

Here's another: According to the Equality of Opportunity Project, the percentage of Americans who grow up to have a better income than their parents has fallen from roughly 90 percent for children born in 1940 to only 50 percent -- a coin toss -- for children born in the 1980s. The largest declines occurred for families in the middle class.

Here's a third: The top 0.1 percent of Americans now hold as much wealth as the bottom 90 percent. It hasn't been that bad since the 1930s.

The American dream has been disappearing for 40-50 years, through periods of both Republican and Democratic dominance. Republicans have caused profound economic harm, but the corporation-friendly Democratic policies of recent decades are a big part of the problem. Now a lot of the people behind those policies, including politicians and think-tankers, are trying to jump in front of the revolt that's surely coming. Their latest campaign centers on the anti-Trump hashtag, #Resist.

These expense-account insurrectionists don't get it: Trump is the symptom, not the disease. Hillary Clinton's campaign fell short because it focused too much on Trump's negatives and not enough on a positive vision. It failed because Clinton and her party missed the deeper forces at work in the economy and in society. It failed because of their policies.

Democrats won't save themselves with "identity politics," either, until they understand that identity and economy are inseparable. Last year African Americans earned only 75 percent as much as whites in median hourly earnings. Women earned 83 percent as much as men. Rural white males are hurting too.

One Democrat who does get it is Keith Ellison. "We have got to reset the future of the Democratic Party on a basis of grassroots activism," Ellison said this week at an event with Bernie Sanders in support of his bid to become DNC chair.

That's exactly right. Democrats can't "resist" Republicans unless they reset themselves as a movement-based party, with new ideas and new faces. That's how Sanders mobilized a generation. It's why he is, by some measures, the most popular politician in America.

Resistance is important, but to "resist" is only negative. Bernie's call for "political revolution" is affirmative, evoking a world we can bring into being.

Politico reports that Democratic consultants are trying to gin up donor enthusiasm by pitching "THE meeting for getting together plans to resist Trump." Negation again, rather than affirmation. No wonder they keep losing.

Related Topic(s): 2016; Resistance; Revolution, Add Tags
Add to My Group(s)
Go To Commenting
The views expressed herein are the sole responsibility of the author and do not necessarily reflect those of this website or its editors.