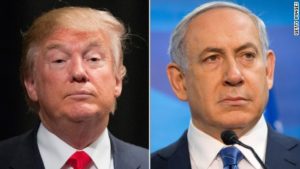 WHAT REALLY got me was the applause.

There they were sitting at the round table, the representatives of the entire world, applauding their own handiwork, the resolution they had just adopted unanimously. The Security Council, like the Knesset, is not used to applause or any other spontaneous outbursts. And yet they clapped their hands like children who had just received their Christmas gift.

(It was indeed a day before Christmas and the first day of Hanukkah, a coincidence that happens once in decades, since the Christians use the solar calendar and the Jews still use a modified lunar calendar.)

The delegates were deliriously happy. They had just achieved something that had eluded them for many years: the condemnation of a blatant breach of international law by the government of Israel.

Consecutive presidents of the US had used their anachronistic veto power to prevent the UN doing its duty. Now, President Barak Obama, at the very end of his presidency, dared to challenge the government of Binyamin Netanyahu, a person he detests with all his heart.

And so, after years of frustration, the highest international body could adopt a resolution on Israel according to its convictions. No wonder they behaved like schoolchildren let out for vacation. A vacation that may, alas, prove to be short.

ON THE face of it, the joy was exaggerated. The resolution has almost no practical meaning. It has no teeth. Netanyahu could use the old oriental adage: "The dogs bark and the caravan moves on."

But Netanyahu's immediate reaction was very different. He acted like a wounded animal: running berserk, thrashing around, biting everyone in reach.

Some of his reactions bordered on the ridiculous. He could have belittled the resolution and made fun of it, as Israeli leaders have done many times before. Instead he recalled his ambassadors from Senegal and New Zealand (traditionally friendly nations), canceled visits of foreign statesmen, called in foreign ambassadors for a dressing-down on Christmas day, threw around insults and especially besmirched President Obama.

This was obviously a stupid thing to do. The President still has 21 days to go, 21 long days in which to hurt Netanyahu. He could, for example, allow the passage of an irrevocable UN resolution to recognize the State of Palestine as a full member of the UN. At the moment, all of official Israel is in a state of panic in anticipation of such a move.

If Netanyahu had read Machiavelli, he would have known that you do not challenge a lion, unless you are able to kill him. Especially, I would add, a lion you have insulted and wounded many times before. Even lions do sometimes get angry.

But Netanyahu's behavior may not be as stupid as it looks. Actually, it may be quite clever. Depends on his aim.

As a diplomatic strategy, it is disastrous. But as a strategy to win elections, it is quite sensible. Here is the great hero, the new King David, fighting for his people, facing down the entire world. Is there anyone in Israel who can compare with him?

IN THE bad old days of Golda Meir, one of the Israeli army's entertainment bands sang a jolly song which started with the words: "The whole world is against us/But we don't give a damn..." The band danced around to the tune.

Related Topic(s): Anti-semitic; Benjamin Netanyahu; Hitler; Israel; Zionists, Add Tags
Add to My Group(s)
Go To Commenting
The views expressed herein are the sole responsibility of the author and do not necessarily reflect those of this website or its editors.