Click Here to Remove All Ads
On Oct. 9 and 10, a group of protesters organized by the "Global Rally for Humanity," plans to stage anti-Muslim demonstrations in front of at least 20 Mosques, community centers and government offices across America.

They are calling for protests in "every country at every Mosque." The page encourages "patriots" around the country to set up events in their own towns. Some of the protesters plan to counter-march the Nation of Islam's march at the Washington Monument at 10 a.m. on Oct. 10th, according to the FB page. 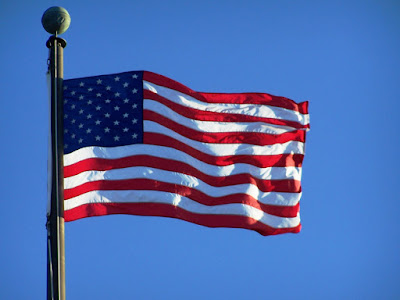 Copyrighted Image? DMCA
While some of the organizers of the protests have urged participants to leave their weapons at home, others are urging protesters to exercise "ALL of your Constitutional Rights."
Historically, it can be argued that every group of new Americans has gone through a battery of tests before becoming fully accepted as a part of the American society. We have seen African-Americans, Baptists, Catholics, Jews, Mormons, Irish and Italian-Americans go through painful transitions of acceptance as equals; Muslim-Americans and Latino Immigrants are experiencing similar transitions now.
Although every community mentioned above has endured long transition period, Muslim Americans may have a chance to short-cut the duration by taking a proactive stand on Oct. 10th. This may be a God-given opportunity to mend fences and come together as Americans.
While it may be tempting, as American Muslims, we should avoid viewing anybody as our enemy out to get us. While asserting our rights as American citizens, we will be well served by acknowledging that many a citizens have questions about our faith and our books. As fellow Americans we should boldly address these questions and allay their fears. We have to come together as Americans and solve our problems together.


Inaction, isolation, retraction, silo-ing ourselves or hiding behind walls are not options for us; it simply prolongs the transition process and may inadvertently serve to intensify the sense of distrust that exists among a few. 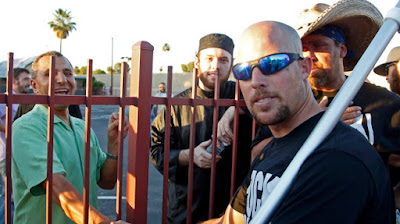 This is a big opportunity and we have to do it right to bring about the needed change.
The word, "Sharia" frightens those who are unfamiliar with it due to inaccuracies folks have seen and heard. They need to know that the majority of American Muslims have no desire whatsoever to bring about or seek to impose Sharia in this country.


American Muslims have subscribed to the laws of this nation and they will abide by them just as adherents of other religions do. For those Muslims born and raised here, that's all they know; American Laws.
Sharia laws (practiced in some Muslim-majority countries around the world) are a body of law that was developed historically in part of the Islamic world to serve justice, and almost all American Muslims view the existing American systems of laws as equally if not more humane and will abide by it. (Genesis of Sharia). As Americans we uphold, protect, defend and celebrate the values enshrined in our constitution. Our faiths reinforces the idea of one nation with liberty and justice for all.
The misquoted verses from Quran frighten people. Indeed, they have been purposely mistranslated down through the history. In the middle Ages, European leaders commissioned a hostile Quran translation (1142 AD) to foster warfare against Muslim invaders. Later, Muslim leaders produced another translation (1924 AD) to inflame Muslims against Christians and Jews. It was all for politics.


Relax, the best way to understand Quran is to read at least three different translations to know the difference in human interpretations, and furthermore, read three verses before and after a given verse that is difficult to understand. Try it on your own, perhaps you may modify your views and will have a new appreciation for the book. God loves us all, he is just, merciful and kind, and Quran is a book of guidance to create harmony among the created.
Muhammad Asad's translation is by far the best and most popular among American Muslims. However, a few verses concerning women are better translated by Dr. Laleh Bakhtiar.
We have to build a cohesive America where none of us have to live in apprehension or fear of the other, and we have to commit to a safe and secure America for every one of the 318 Million of us. None of us would be safe, if others around us are not. This is an opportunity to understand each other and work of a united, peaceful and secure America.
American Muslims have set some great examples of working with communities in Phoenix, Garland, Dallas, Mulberry, and other places where conflicts were mitigated and goodwill was nurtured.

RECOMMENDED ACTIONS FOR MUSLIMS
A. Let every Masjid (mosque) that our friends want to demonstrate around operate normally; no need to stay home.
B. Every Masjid should fly the American Flag.
C. Let every Masjid provide water for the visitors in front of the building through vendors, and, if funds are available, serve kosher hot dogs.
D. Muslim women and youth should hold placards or banners that carry messages such as the following;
Note: The opinion is author's own, and does not reflect or represent the views of any organization other than America Together Foundation.
Related:

Quran Burning in Mulberry, Florida
Anti Muslim Rally on 9th and 10th October 2015
Dr. Mike Ghouse is a community consultant, social scientist, thinker, writer and a speaker on Islam, Pluralism, Interfaith, politics, human rights, foreign policy and building cohesive societies. Mike offers pluralistic solutions on issues of the day. More about him in 63 links at www.MikeGhouse.net and his writings are at TheGhousediary.com