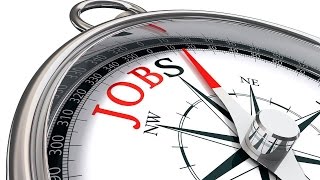 As John Williams has made clear, the monthly payroll jobs number consists mainly of an add-on factor of 200,000 jobs. These jobs are a product of the assumption in the Birth-Death Model that new business ventures create more unreported new jobs than the unreported job losses from business failures. If we subtract out this made-up number, July saw a gain of 55,000 jobs, not enough to keep up with population growth. Even the 55,000 figure is overstated according to John Williams' report: "The gimmicked, headline payroll gain of 255,000 more realistically should have come in below zero, net of built-in upside biases."

In other words, the 255,000 jobs are the product of a virtual reality created by a faulty model and manipulations of seasonal adjustments. Williams says the real rate of unemployment is not the claimed 4.9% figure but 23%.

Even if we assume that 255,000 jobs were created in July, the news remains bad, because the jobs claimed are mainly lowly paid part time jobs without benefits and provide insufficient income to support an independent existence. This is why so many employed young people continue to live at home with their parents.

Real GDP growth has been flat since 2009. The government produces the illusion of growth by understating Inflation.

The conclusion is that Washington lies about the economy just as it lies about everything else.

The liquidity provided by the Federal Reserve, the European Central Bank, Bank of Japan, and Bank of England inflates the prices of stocks and bonds and keeps the stock market near its high. The inflated stock market creates the impression that the economy is strong. But, of course, if the economy were strong, interest rates would not be zero.

The house of cards will not forever stand.

Related Topic(s): Economy; Jobs; Unemployment, Add Tags
Add to My Group(s)
Go To Commenting
The views expressed herein are the sole responsibility of the author and do not necessarily reflect those of this website or its editors.