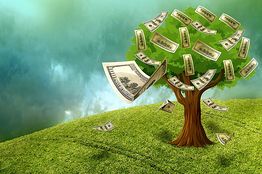 The US economy has never been as mismanaged as it is today. Don't take my word for it, just look at the bond market.

On Thursday, the yield on 30-year US Treasuries dropped to a record-low 2.18 percent while the benchmark 10-year Treasury slid to 1.37 percent. (less than 1 basis point above its all-time low!)

In plain English, what this means is that the US economy stinks. Unfortunately, "stinks" does not adequately express how badly the economy is actually doing, so let's break it down a little bit.

Credit is the life's blood of the modern economy. When credit demand is weak, the economy struggles and growth falters. Falling yields on long-term bonds (like the 30-year Treasuries) indicates that the demand for credit is weak, therefore the price of money falls. It's just supply and demand.

So let's cut to the chase: At present, investors are willing to lend the government their money for 30 years expecting a miserable 2 percent return on their investment. What sort of fool would do that? There have to be better outlets for profitable investment than that, right?

Get the picture? The Fed is not "experimenting" with a policy which, it believes, "may or may not" put the economy back on a strong growth-path sometime in the future. No. That's not it at all. It is continuing to implement a policy that works "just fine" for the people who count, that is, the chiseling bankers and corporatists who own the government and who dictate policy behind the curtain of our political charade.

Now, typically, you might think that stocks would fall when bond prices rise or vice-versa, but that's not how things work anymore. Now when the bond market rallies, stocks rally too on the prospect of more "extraordinary monetary accommodation," which is a fancy term for more free money. This is precisely what's happening at present. Stocks have shaken off their massive two-day losses following the Brexit earthquake, and climbed to near-record highs again due to promises from the European Central Bank (ECB) and the Bank of Japan (BOJ) to boost their stimulus.

More free money means higher stock prices and a comforting return to the new centrally-planned market where stocks stay perennially bubbly while the economy staggers along at an anemic 2 percent GDP.

This is why investors are willing to lend the government their money for next-to-nothing for 30 years. It's because they anticipate that this low rate, low inflation, low growth environment will continue for the foreseeable future. And they're probably right, too. The Fed and its cronies have an absolute lock on power and investors in the "world's biggest and most liquid market" (USTs are a $13 trillion market) don't see that changing anytime soon.

It would be impossible to overstate how pessimistic this view really is. Basically, bond yields are telling us all that there is no hope for the future, that what you see is what you get. There won't be an economic recovery because an economic recovery is not in the interests of the people who are getting rich off the current policy. So just suck it up and get used to it.

So, how low are long-term bond yields?

The 30-year is lower than any time on record and its bound to go lower still because the people who are conducting the policy are determined to suck every drop of blood out of the economy before moving on to their next host. That's just how parasites work.

Long-term yields are lower because the economy is worse not better. Can you see that?

Related Topic(s): Bonds; Economy; Investors; Policy, Add Tags
Add to My Group(s)
Go To Commenting
The views expressed herein are the sole responsibility of the author and do not necessarily reflect those of this website or its editors.